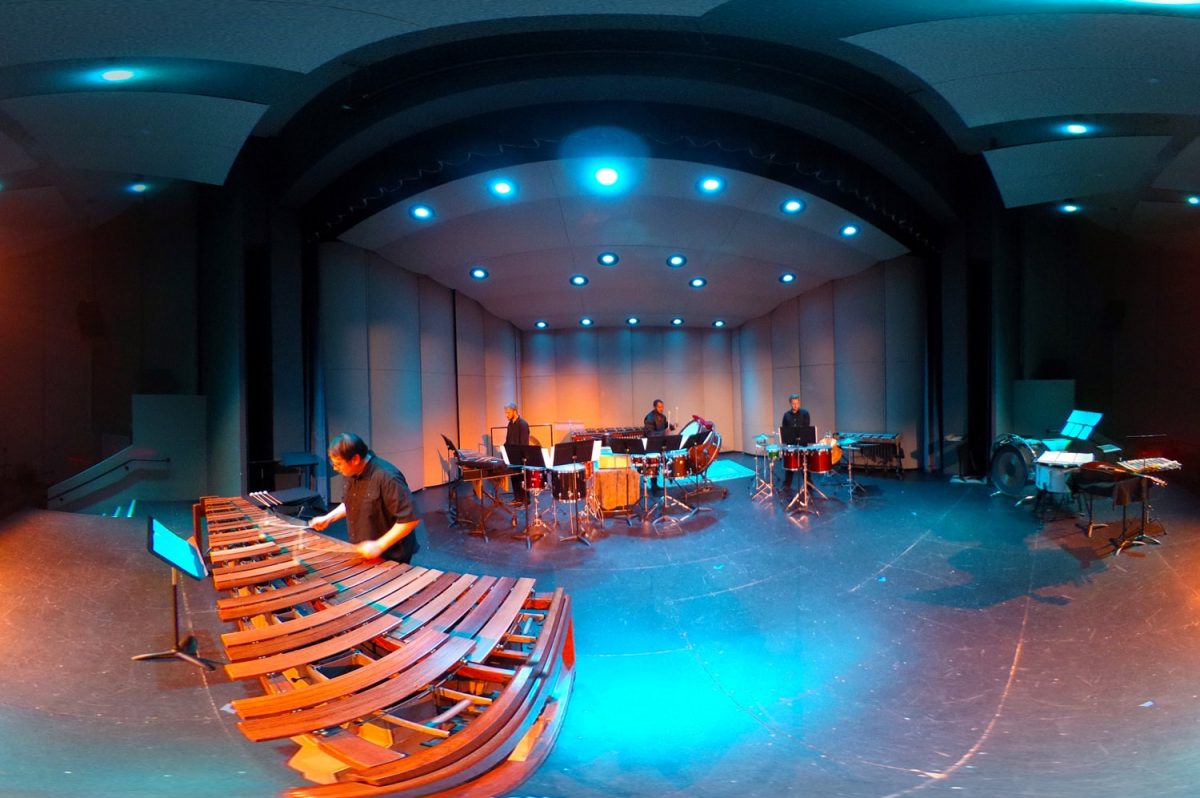 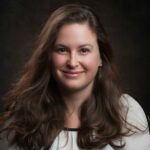 Melinda Leoce, MM, is Visiting Assistant Professor of Percussion at Adams State University. Before joining the faculty at A.S.U., she served as the Instructor of Percussion at Graceland University in Iowa. She is also an active performer who has appeared with groups including the Des Moines Symphony, Carolina Crown Drum and Bugle Corps, and at the Percussive Arts Society International Convention.

As an educator, Professor Leoce’s passions include percussion chamber ensemble performance and pedagogy, marching percussion, Brazilian music, steel pan, and pop music culture. As a music educator, she believes in respecting and cultivating her students’ past and present musical endeavors while also exposing them to new genres, instruments, and experiences that illuminate future paths of study. Professor Leoce believes that the music classroom should be vibrant, collaborative, and diverse.

Professor Leoce is thrilled to be teaching in the beautiful San Luis Valley where she can pursue two of her favorite hobbies, skiing and hiking with her dogs. 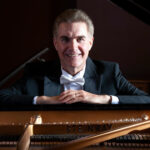 Pianist William Lipke, Professor of Music, has been on the faculty of Adams State University since 2001.  He has performed with musicians of international stature such as the Ying Quartet (four different seasons) and international opera baritone Håkan Hagegård.  He regularly performs solo recitals in the U.S. and in Europe, including recitals in St. Petersburg, Russia, and Serbia, and his appearances with orchestra include the Liszt Concerto in A Major, which was broadcast on public radio.

His early teacher was a graduate of the Royal College of Music in London and he first appeared as a concerto soloist with a youth orchestra at the age of twelve.  He studied privately with Ozan Marsh (who studied with Liszt pupil Emil von Sauer and had lessons with Horowitz and Rachmaninoff), with Walter Hautzig, and in master class with Menahem Pressler and chamber music with the LaSalle Quartet and Dorothy Delay (the teacher of Itzhak Perlmen and Sarah Chang).  Lipke holds the Doctor of Musical Arts degree in piano performance from the University of Cincinnati College-Conservatory of Music and a doctoral cognate in music history, which informs his performances and lectures.  He has given numerous presentations at state, national and international conventions.

Lipke has built a thriving piano studio at Adams State and has experience teaching at all levels.  He mentors each student to reach their career goals.  In addition to teaching piano lessons, he also teaches Piano Literature and Pedagogy and Accompanying Practicum, with students actively performing in the community.  One of his students performed as a soloist with the Honolulu Symphony.  Lipke also taught for ten years at the Northern Arizona University Summer Music Camp.  He maintains an active schedule as a teacher, composer and performer, teaching and performing on a Steinway grand piano he was privileged to select at the New York factory, as well as a 21-rank pipe organ and a Franco-Flemish double manual harpsichord. 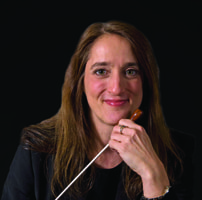 Dr. Beth Robison has been an active performer and choral music educator as Professor of Music at Adams State University, where she serves as department chair and Director of Choral Activities.  In addition to conducting the Adams State choirs and teaching choral conducting and education classes, Beth has also directed numerous honor choirs throughout the region, including the annual Adams State University “Top of the Nation” Honor Choir Festival, and has been an active member of the American Choral Directors Association.  In 2013, Beth was a recipient of the Adams State Presidential Teaching Award.

Prior to teaching at Adams State, Beth was a professional musician in the New York City metropolitan area for sixteen years where she performed and recorded a wide variety of ensemble and solo repertoire, including oratorio and opera.  She has appeared numerous times at Lincoln Center, Carnegie Hall and other major concert venues with various professional ensembles including Musica Sacra, the Gregg Smith Singers, Voices of Ascension, and the New York Virtuoso Singers.

Beth has toured both nationally and internationally premiering solo and chamber works by American composers.  She has also worked with Dave Brubeck, Chanticleer, Ward Swingle, Garrison Keillor, Marilyn Horne and Ned Rorem.  Some of Beth’s more diverse experiences in New York included recording for the World Wrestling Federation and appearing as a back-up singer for Andrea Bocelli on the Late Show with David Letterman. 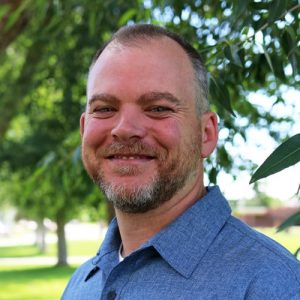 In 2016 my album This Little Light was released on Heart Dance Records and was in the top 50 albums on the Zone Music Reporter for five months, was listed among the “best of 2016” on the radio program Audiosyncracy, was listed as the #2 album on Gaia Prime Radio, and has been featured on radio stations in ten countries. Music of mine has been used in various animations, videos, and advertisements on youtube, including animations based on the popular video game Five Nights at Freddy’s, with videos using my music receiving over 80 million views. My compositions have also been heard in several films and theater productions, including the documentary A Shared Space: Learning from the Mustard Seed School. In 2006 and 2008, I performed piano on two PBS documentary soundtracks by songwriter Don Richmond.

I have presented on diverse topics at various music conferences, including the International Conference on Twentieth-Century Music in Brighton, UK. My favorite bands are Marillion and Radiohead and I enjoy going to concerts and listening to all sorts of podcasts. 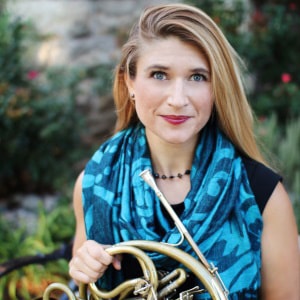 Area of Instruction: Directors of Bands, Horn and Brass

Dr. Angela K. Winter is an enthusiastic performer and educator currently serving as Professor of Horn and Director of Bands at Adams State University in Alamosa, CO. She has soloed, taught, and performed with a variety of ensembles throughout the United States, Mexico, Columbia and Europe.

Angela has also recorded extensively, with releases on Ravello Records, GIA Publications, Klavier, Crescent Phase Records, and Highland Sound Productions. Passionate about chamber music, she performs and clinics extensively with a variety of chamber ensembles including the Madera Wind Quintet and Session Brass.

In addition to her musical activities, Angela is an extreme dog lover and runner. She has four rescue dogs and has run more than 40 marathons and ultra-marathons.

Dr. Matthew Valverde is quoted in the New York Classical Review as having a huge, handsome tenor voice.  He received his Doctor of Musical Arts degree in vocal performance and literature with a minor in vocal pedagogy from the Eastman School of Music (Rochester, NY), where he also completed his master’s.  Dr. Valverde also holds a master’s in choral conducting in addition to bachelor degrees from Texas Christian University (Fort Worth, TX).  This is his second year as Assistant Professor of Voice at Adams State University in Alamosa, CO.

Dr. Valverde made his Carnegie Hall debut in May 2014 with the Rochester Philharmonic Orchestra as Jonathan Banks in Howard Hanson’s Merry Mount.  Operatic appearances include Gastone in Verdi’s La traviata with Finger Lakes Opera (Geneseo, NY) and the title role in John Musto’s Bastianello with Rochester Lyric Opera.  He has appeared with the Eastman Opera Theatre as Sam in Weill’s Street Scene, as Paolino in Cimarosa’s Il matrimonio segreto, as Vašek in Smetana’s Bartered Bride, and as Robert in Hindemith’s Hin und züruck.