“In partnership with the university and valley communities, the Luther Bean Museum seeks to preserve, enhance, and promote the study of the diverse culture and history of the San Luis Valley and Adams State.” 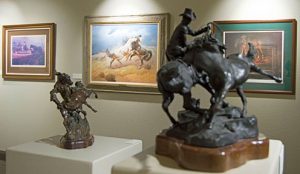 The back galleries feature paintings and works on paper by Stephen Quiller, Woody Crumbo and William Moyers; bronzes by William Moyers (1939 ASU Alumnus); a bronze by Allan Houser; and a small oil painting by Joseph Henry Sharp. 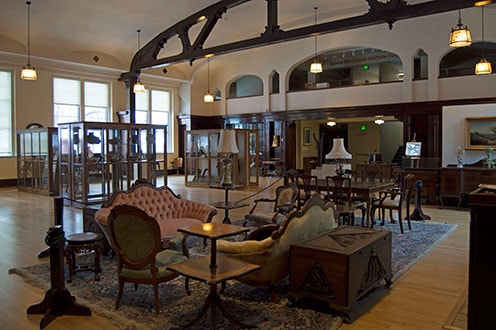 Patrons of Adams State, Beryl and Charles Woodard donated furniture, porcelain, decorative arts, and Asian ivory and stone carvings from their estate that have enriched and broadened the collections.

The upper level of the museum includes more Native American pottery from the southwest region, as well as baskets, a dance bustle and a headdress. Below are other displays. 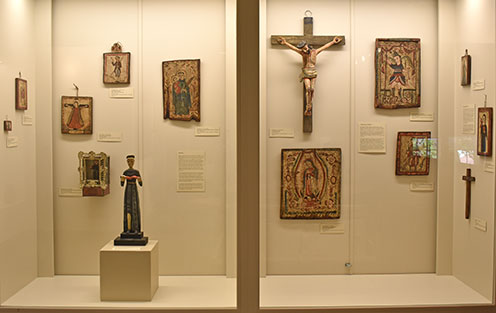 The upper level of the museum includes a collection of retablos and bultos from the northern Rio Grande region. 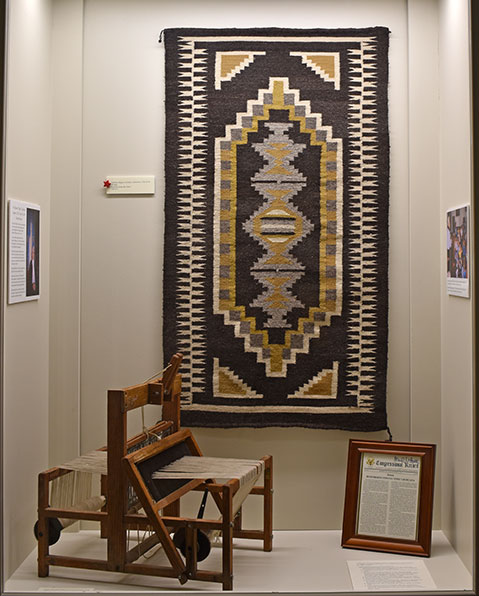 Admission is free & the museum is open to the public.

In 2016, the Emma and Henry Salazar Family donated funds to create a paid internship in the Luther Bean Museum for Adams State undergraduate students in a range of disciplines. The website and virtual gallery promote opportunities for study and research, not only locally, but also nationally and internationally.