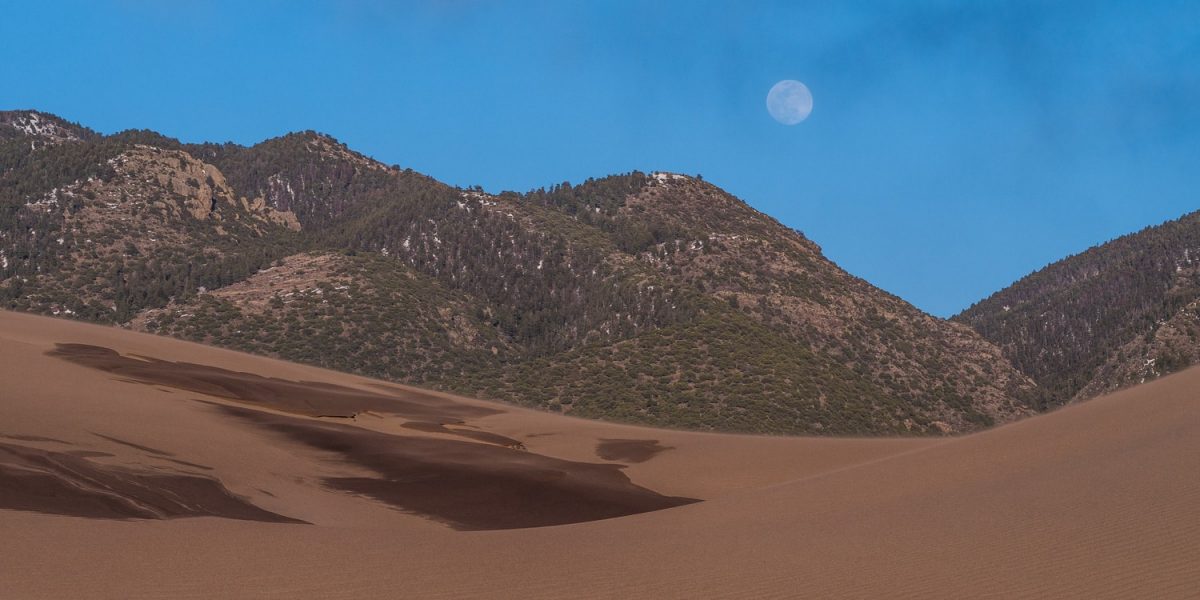 The sun shines here an average of 320 days a year!

The largest alpine valley in the world, is situated between the Sangre de Cristo and San Juan mountain ranges. 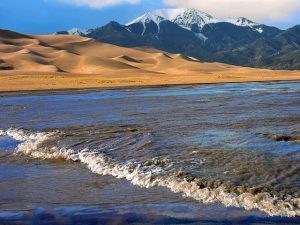 With the passage of the Great Sand Dunes National Park and Preserve Act, resources now also include alpine lakes and tundra, six peaks over 13,000 feet in elevation, ancient spruce and pine forests, large stands of aspen and cottonwood, grasslands and wetlands-all habitat for diverse wildlife and plant species.

Two million years ago glacial activities were sculpting the Sangre de Cristos. The waterfall flows through a rock dike left by a retreating glacier. As the glacier melted away, a large lake of meltwater built up behind the dike. Eventually, the water found a weak spot in the dike and began working and eroding its way through.

Nearly 65 million years ago, a violent eruption of La Garita Caldera resulted in the spreading of several thousands of tons of volcanic ash and debris transforming this area into breathtaking landscape and heavenly terrain! 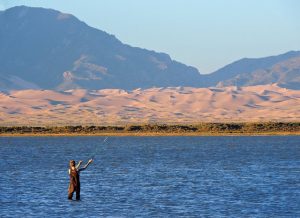 There are plenty of opportunities for great fishing in high mountain lakes and streams to downstream rivers and reservoirs in the Conejos Peak, Del Norte, Creede, and Saguache Ranger Districts. Opportunity for a quality experience is rated among the highest in the western United States.

Penitente Canyon is an expert climbing area, known for its incredible climbing, camping, and easy access. Total trip from Alamosa is about an hour.

Located in the heart of Alamosa and just a block from downtown. Cool Sunshine RV Park offers new, clean bathrooms and showers, indoor and outdoor gathering areas, and is near city parks and walking trails. 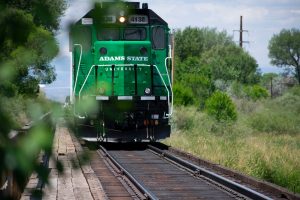 Powder days, short lift lines, & snowboard-friendly terrain draw locals to these mountain destination. Click on the links above to find out more.

There are numerous biking trails in the San Luis Valley and in the Rio Grande National Forest with outstanding scenery and challenging terrain. 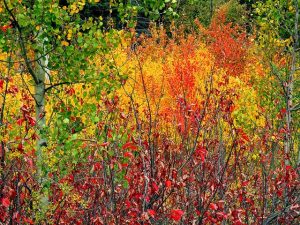 Located just north of downtown Alamosa on State Street. Enjoy a 6,900 yard, 18 hole championship public golf course on the Rio Grande with outstanding mountain range views and large cottonwood trees. The high altitude serves as a great advantage to your drives, in fact, you might hit your longest drive ever. San Luis Museum and Cultural Center: within the town of San Luis are some of the state’s oldest structures, and on an overlooking hill are the Stations of the Cross, larger than life bronze sculptures by Huberto Maestas, and a chapel.

Fort Garland Museum: originally built in 1858, this adobe fort with its plaza format has been fully restored and has exhibits ranging from the recreated commandant’s quarters to folk art and Hispanic cultural artifacts.

Creede Underground Mining Museum: tunneled in 1990-1992 by former miners of the Bulldog Mine that closed in 1985. Excavated in the shape of a “U” with a front and back entrance, the museum is a re-creation of an operating mine with all the equipment needed to recover silver bearing ore. Tours are truly educational with plenty of time to ask questions and ponder the hardships of hardrock mining.

San Luis Valley History Museum displays items from Native Americans, such as pottery and other artifacts, as well as remnants from an old-time school house and general store.

For additional information about these and other recreational opportunities in the San Luis Valley check out the Alamosa and South Fork websites.