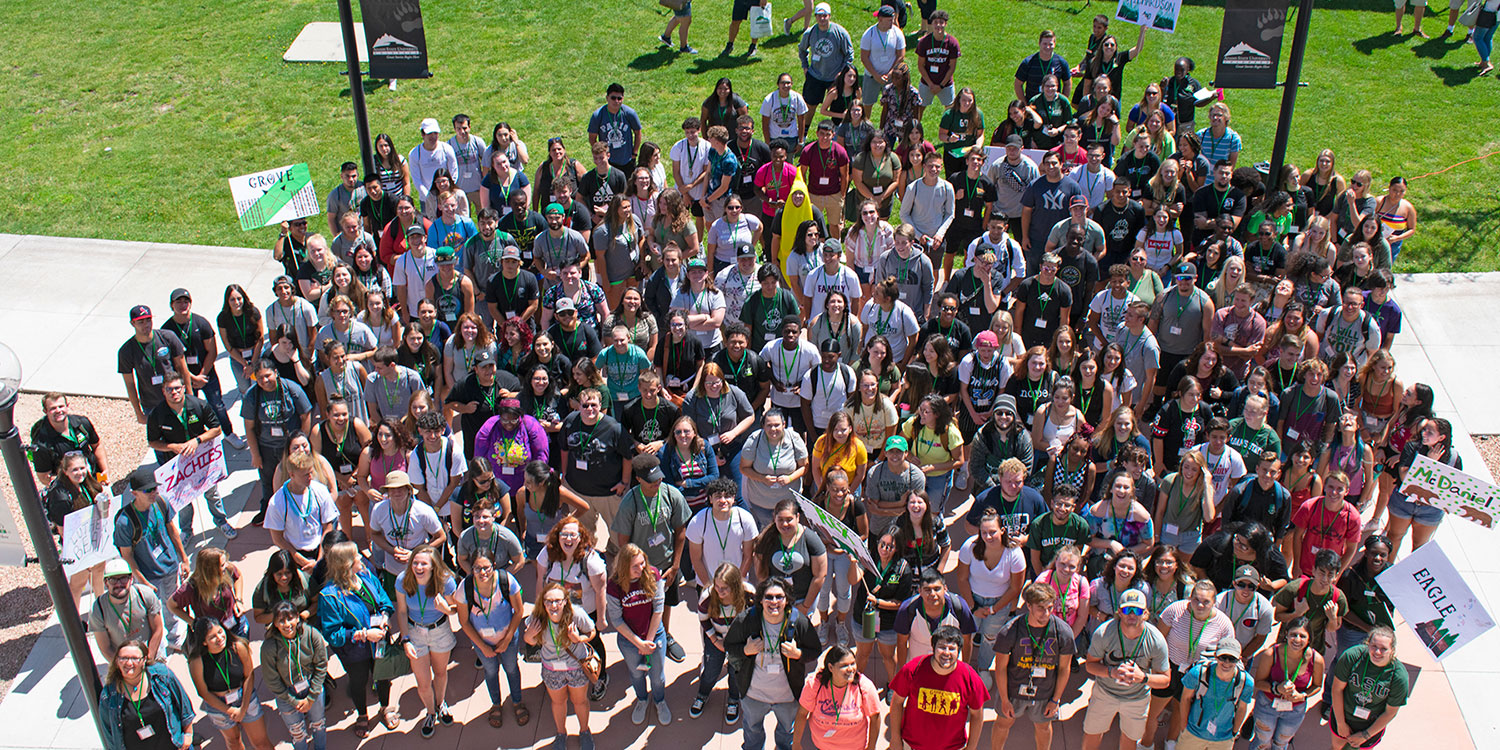 Yonas Haile of Rio Rancho, New Mexico, is among the 513 new students this fall at Adams State University. Now three weeks into the semester, Haile, who was recruited to run for Adams State, is finding the academic side of campus to his liking.

“My professors already know me by my first name, and I really like that,” said Haile, who is majoring in business administration.

A quality education with a personal touch has long been a hallmark at Adams State, and first-time students like Haile continue to verify that it’s a winning formula in the world of higher education.

Another differentiator for Adams State: the cost of attendance. Areana Atencio, a biology major from Antonito, was originally planning to enroll at another school in Colorado when she learned it would cost her more; she decided on Adams State instead.

“Adams State is closer to home, and I appreciate the smaller classroom size,” Atencio said. “Glad I am here. Adams State has met my expectations of a supportive environment.”

“We’re excited by the progress we are seeing through the recruitment of new students to Adams State, and we are heartened more students are returning after experiencing Adams State,” said ASU President Cheryl D. Lovell.

Adams State is also gaining attention for the social mobility its degrees are creating for students. U.S. News & World Report placed Adams State at No. 36 on its social mobility index for Tier 2 regional universities across the western half of the United States in its new, expanded U.S. News Best Colleges 2020 rankings released Monday. It’s the first time Adams State has appeared in the closely watched rankings of U.S. News Best Colleges.

On September 28, a new group of prospective students and their families will participate in Discover Day at Adams State to tour the University, learn about degree programs, financial aid and scholarships offered by Adams State. The state has set Oct. 15 as free college application day.