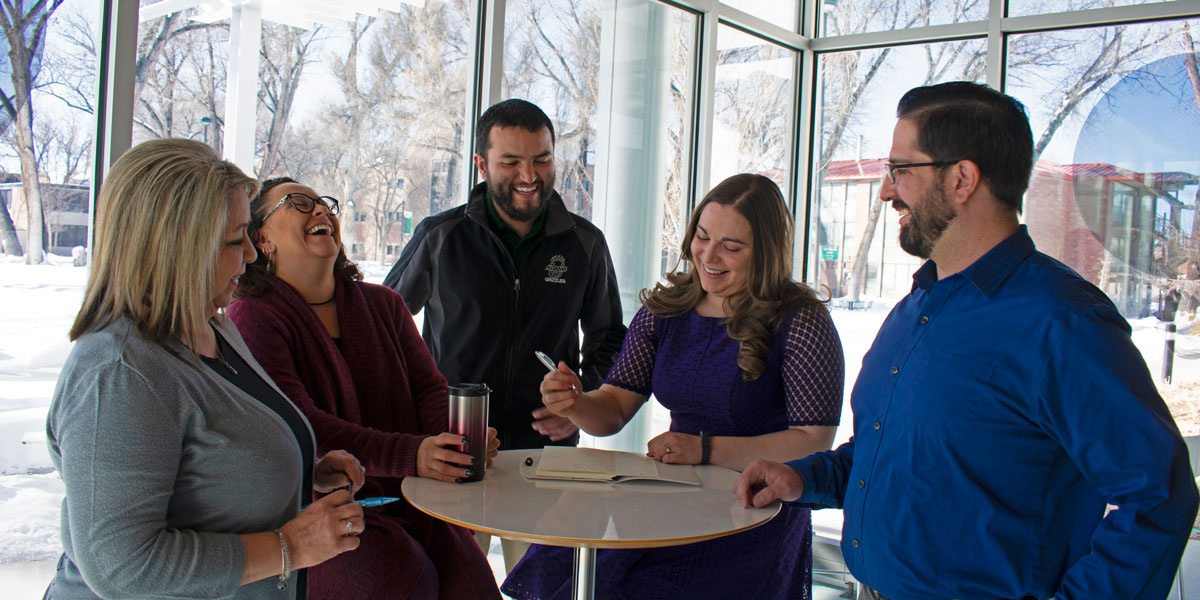 Adams State University becomes the first institution in Colorado to join the Interstate Passport Network (IPN), a nationwide network of two- and four-year colleges and universities that allows students to transfer lower division general education credits as a block to any IPN member institution. With Adams State’s membership, the network consists of 31 institutions across 13 states.

For decades, the complexities for students transferring colleges have been daunting and persistent: each course being transferred must be linked, one at a time, with an equivalent course at the newschool. This painstaking process costs colleges and students time and money. Students frequently lose credit for courses that do not transfer as expected or have to retake similar courses to fulfill slightly different requirements at the new college. When dealing with the extra time and expense, too many students—especially low-income and first-generation students—get discouraged and give up on college.

Interstate Passport’s block transfer program is based on a set of learning outcomes, rather than individual courses. Students who complete their institution’s designated set of lower-division general education coursework earn a “Passport”: assuring that this coursework will be accepted as completion of general education at all IPN member institutions and minimizing the uncertainty that often accompanies a student’s transfer to a new institution, especially one in a different state.

Interstate Passport is administered by the Western Interstate Commission for Higher Education (WICHE) a regional higher education compact serving Colorado and 15 other state and territorial members in the American West.

“Adams State University sees tremendous benefits and advantages to the Interstate Passport, and we are excited to be the first institution in Colorado to become a member,” said Cheryl D. Lovell, president of Adams State. “We are also very excited to provide additional ways to serve students, especially historically under-served populations, by providing a seamless transfer option into one of our high-quality undergraduate programs.”

Adams State University is a public four-year institution located in Alamosa, Colorado, that serves over 1,700 undergraduate students. Adams State is dedicated to fostering inclusive excellence, recognizing that the university’s success depends on valuing, engaging and celebrating the rich diversity of its students, staff, faculty and administrators. Since its cornerstone was laid in 1921, Adams State University grew from a teachers’ college into a fine liberal arts university. Adams State is the first federally designated Hispanic Serving Institution in Colorado and is the Regional Education Provider for southern Colorado. About 45 percent of undergraduate students represent minority groups, and 35 percent identify as Hispanic. Today, students can earn a bachelor’s degree in 30 different areas, with 56 emphases, five teacher licensure programs, and 10 pre-professional programs, in addition to seven master’s degrees and one doctoral degree offered in counselor education.

In today’s increasingly mobile society, more and more students transfer multiple times during their academic careers. According to the National Student Clearinghouse’s Signature Report 15 published in 2018, nearly four in 10 students transfer during their college career, and more than one in four of those move to schools in different states. That means that nationwide, hundreds of thousands of students stand to benefit from the Interstate Passport Network once it is fully implemented.

Interstate Passport is a program that facilitates block transfer of lower-division general education attainment based on multistate faculty-developed learning outcomes. The program is based at the Western Interstate Commission for Higher Education. After years of research and development the Interstate Passport Network, whose members are two-year and four-year non-profit colleges and universities, was launched in July 2016. Member institutions began awarding Passports in the 2016-17 academic year.

Currently 31 institutions are members of the Interstate Passport Network.

Established by Congress in 1953, the Western Interstate Commission for Higher Education (one of four U.S. regional interstate compacts) houses a broad and ever-evolving array of initiatives to support states, students, and institutions throughout and beyond the American West. These include the Western Undergraduate Exchange, which saves 42,000-plus students more than $400 million annually in tuition; a report, Knocking at the College Door, that’s a preeminent resource for projections of high school graduate populations; a Behavioral Health Program tackling systemic challenges to mental health in varied settings and with varied cohorts; and WCET, a leading U.S. convener for innovation in technology-enhanced learning. Visit wiche.edu to learn more.