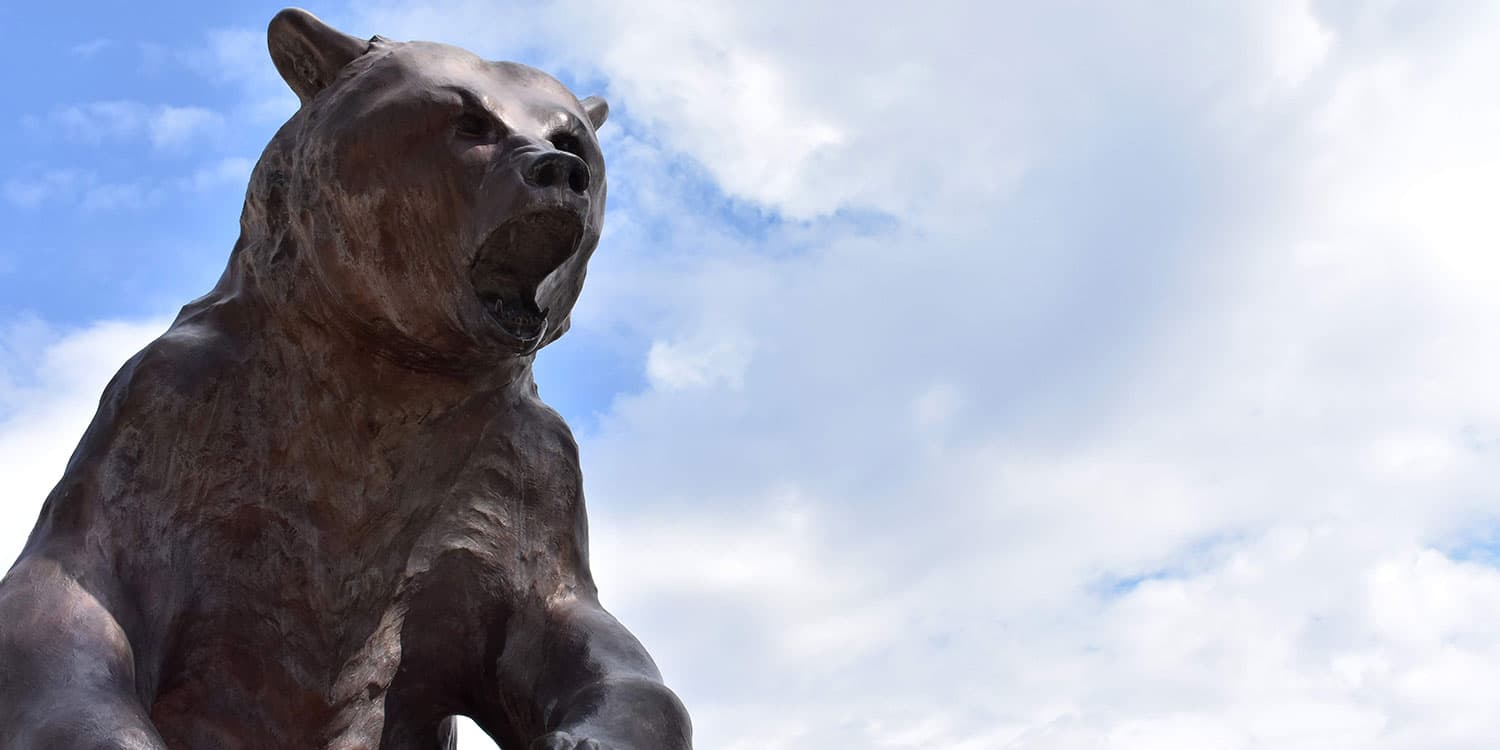 Ms. Smith established herself as a key member of the Grizzly athletic department in 2018 when she first joined it as business manager, then earning promotions to Co-Athletic Director and serving as the key point of contact for Title IX at Adams State. With additional experience in booster memberships, game day operations, and team travel, she stood head-and-shoulders above a field of more than 100 applicants.

“Katelyn rose to the top because of her passion for Adams State University athletics and her strong desire to ensure our student-athletes have a successful experience in the classroom as well as on the field and court,” said Adams State President Cheryl D. Lovell.

“She bleeds green and white and is a great example of our Grizzly spirit. I have every confidence in Katelyn and her abilities to be the one who will lead our Grizzly Athletic Program into a successful future. She brings the right mix of strong leadership and enthusiasm to be our successful AD for many years to come.”

Ms. Smith will oversee an athletic department of 45 staff members and 600-plus student-athletes at Adams State.

“Simply put, we will improve our Academic Success Rate and continue to emphasize recruit, retain, and graduate. Part of my duties included serving as the SAAC (Student-athlete advisory committee) advisor and the SWA (Senior Woman Administrator). These additional duties have allowed me to build relationships with our diverse student-athlete body and become a mentor for them as they manage and juggle the challenges of being a collegiate student-athlete.”

As Athletic Director, Ms. Smith will manage an annual operating budget of $4.4 million, as well as oversee the Adams State Grizzly Booster Club and the department’s annual fundraising efforts. Ms. Smith earned a Bachelor of Science in Kinesiology from Pacific Lutheran University, Washington, in 2014. She made her way from there to Alamosa and Adams State, where she completed her Master of Science in Exercise Science in 2016.

As Athletic Director she will serve on the Executive Management team for the University. She is also a member of the Awards Committee for the Rocky Mountain Athletic Conference and a member of the Women Leaders in College Sports.

In 2017 she began working as a student advisor and recruiter for the Adams State Correspondence Education Program and then shifted to the Athletics Department under Larry Mortensen in July 2018.

“I am passionate about Adams State and about our student-athletes,” she said. “I am so excited to continue to be a part of and lead the Grizzly Family.”