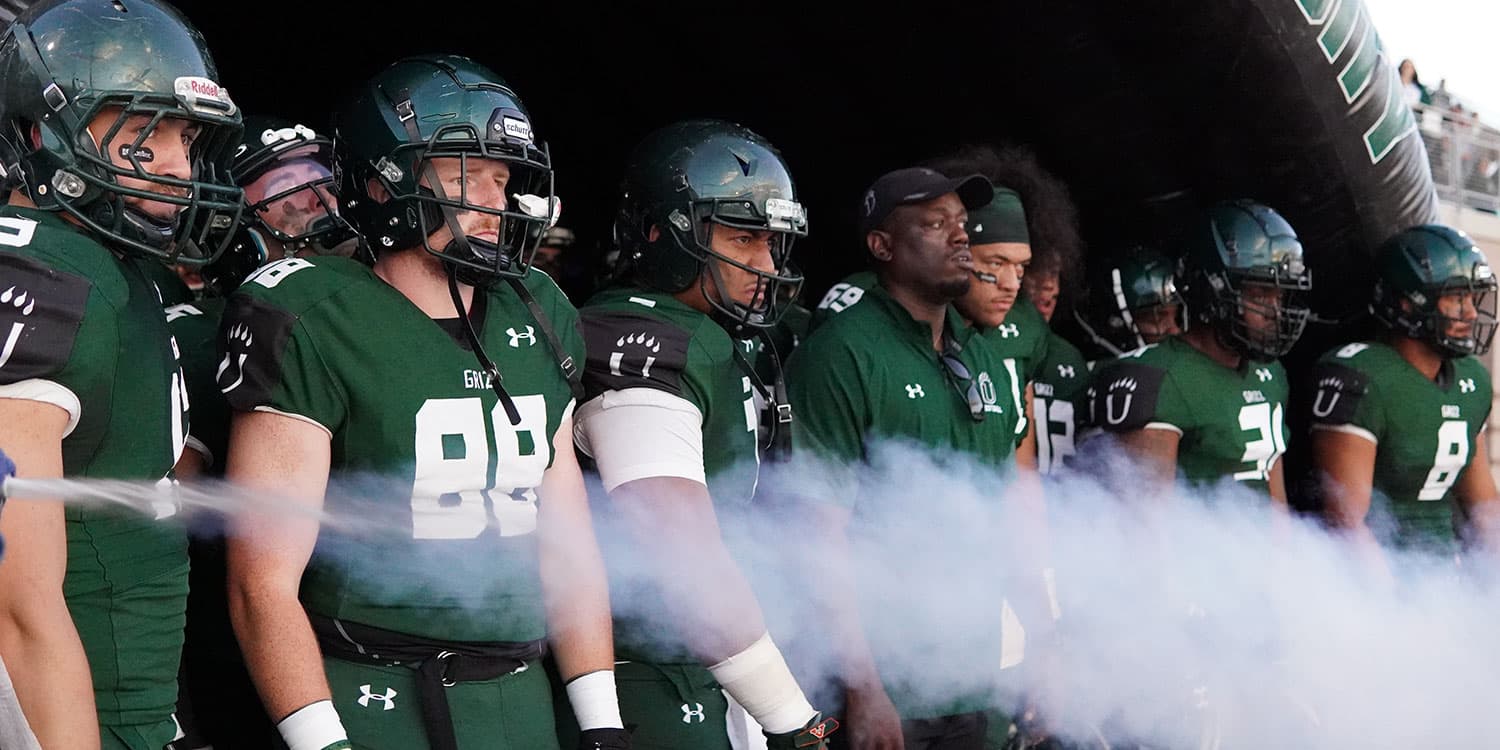 The Rocky Mountain Athletic Conference has been around since 1909 so finding things that happen for the first time ever are hard to come by, but this weekend can mark off another first for the conference.

On Saturday when Colorado Mesa takes on Adams State in football, it will mark the first time two black head coaches have faced off against each other in the sport inside the RMAC.

“Our league leadership has dedicated itself to better supporting and recognizing diversity, equity and inclusion opportunities and areas of need,” Rocky Mountain Athletic Conference commissioner Chris Graham said. “While we still have great ground to cover, this game deserves considerable recognition for both the historical moment and the spotlight on our continued efforts. I want to congratulate both institutions and teams on their representation in this wonderful occasion.”

Tremaine Jackson is in his second season at the helm of the Mavericks after being hired in December of 2019. Jackson has the Mavericks at 3-1 this season and is 5-2 in his career as he guided the team during the three game 2020 COVID season.

“I am very grateful to be the Head Football Coach at Colorado Mesa University,” Jackson exclaimed. “I’m equally as grateful to our former President Tim Foster for taking a chance and giving me the opportunity to lead this football program. However, I believe it is vital to note that there are many other black coaches that are as deserving and more qualified than myself.”

”It is my hope that Coach Harrison, Coach Smith (Fort Lewis Head Coach Darrius Smith) and myself will be able to serve as change agents within our profession and throughout division II to create more opportunities for black coaches in the role of head football coach.”

Adams State’s Jarrell Harrison started with Grizzlies in 2016 and was elevated to the full-time head coach in January of 2021. Harrison has the team still in search of their first win of the season but has put up an average of 45 points in their past two matchups.

“To be in the position as Head Coach at Adams State has been an honor and I am grateful to lead these young men every day,” Harrison said. “The RMAC has a great tradition in football and I am glad to be a part of it with someone I admire in this business such as Tremaine Jackson. When I first got hired here at ASU, he was the first to call and congratulate me and gave me some great advice. This game signifies the sacrifice of a lot of people who have come before Tremaine and I to make this possible, this game signifies progress and hope to younger black coaches that it is possible to one day lead your own program.”

It is believed that Versie Wallace has been the only other black head football coach at a Rocky Mountain Athletic Conference school prior to the current three head coaches. Wallace guided the Colorado School of Mines Orediggers from 1995 to 2000.

Fort Lewis College’s Darrius Smith is the other current black football head coach in the RMAC. Colorado Mesa faces Fort Lewis on October 16 in Durango while Adams State takes on the Skyhawks on November 6 in the Musket Game.

“I am very happy for Coach Harrison and the job he is doing at Adams State University.  It is my honor to share the field with him as our programs compete Saturday night,” Jackson added.

“Obviously, we are looking for our first win and playing a very good opponent so that will be at the forefront of my thoughts, but as I think about the significance of this game, I am grateful to be a part of history,” Harrison said.

The Mavericks and Grizzlies will kickoff at 6pm on Saturday at Stocker Stadium.