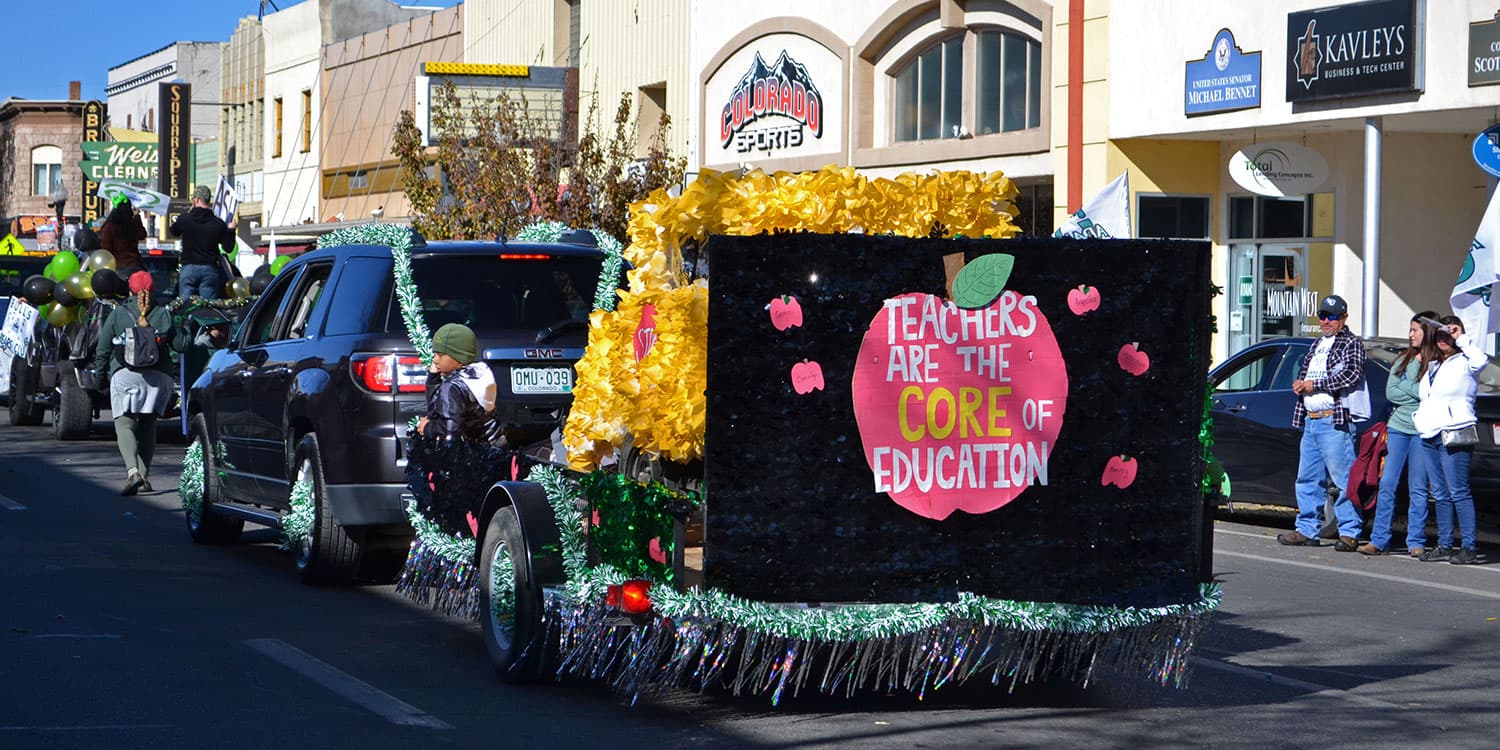 Edward “Champ” Atencio, Adams State Class of 1968 and 1973, is no stranger to accolades. That’s what happens when you spend nearly four decades dedicated to teaching and coaching high school students, to helping develop their bodies and minds, and preparing them for the challenges they will face.

“I think education is vital to every child,” Atencio says. “You have to prepare children for the world today, because life is really changing. I always tried to show my kids there was a better way through difficult situations, and I always stood behind them.”

In recognition of his remarkable success, Atencio is already a member of the Colorado Coaches Hall of Fame and the Adams State Educators Hall of Fame. Now he can add another honor to his list: 2021 Outstanding Alumnus. Atencio will receive the award at the Adams State Homecoming Alumni Awards Banquet on October 15.

The Value of Hard Work and Education

Born and raised in the San Luis Valley, Atencio graduated from Sierra Grande High School in 1963 and entered Adams State that fall with a $50 scholarship … which he promptly lost. “I had to maintain a B average, and so I lost that scholarship the first semester, because it was a big change from high school to Adams State,” he says. “But I started to learn how to study. I had never studied so much. All the classes were really hard.”

Atencio’s hard work paid off, and during his junior and senior year he made the Dean’s list, an accomplishment that speaks to his tenacity and desire to keep improving.

“One thing they told me was never come late to class,” he says. “Dr. Vigil is probably the hardest professor I ever had. I never went late, but if you went late, he’d lock the door. He would take attendance every day. Well, they all did, but he was a stickler for it.”

Fortunately, Atencio hated to miss class anyway, a habit he credits to his upbringing. Atencio’s parents instilled in him the value of education and encouraged his interest in teaching at a young age. “My mom and dad hated for us to miss school, so even if it snowed 10 feet, my dad would manage to get us to school, even if the bus didn’t run,” he says. “They were poor and unable to go to school themselves, but they were really smart, especially my mom. She would help us with all our homework. If she’d had an education, she’d have been a schoolteacher, easy.”

He adds: “My mom would say, ‘you love sports and you love kids. You should go to Adams State and become a teacher. Adams State is probably the best college in the country if you want to be a teacher.’”

After graduating with his BA in 1968, Atencio started teaching at Centennial High School. He also became the first coach of a brand-new track-and-field program. His teams did well, so the superintendent asked him to take over the cross-country program as well. “I started with the program and won the league the first year,” he says.

His teams would continue to dominate the league, winning six consecutive championships, which prompted a student to remark: “They should call you ‘Champ,’ because all you do is win.” From then on, Atencio says, the nickname stuck.

Atencio is unequivocal that Adams State laid a foundation for his success as teacher and coach. In 1973, he earned his second degree from Adams State, a master’s in school administration.

As an alumnus, Atencio continued to benefit from connections he made at Adams State. He remembers when Jim Ryun, an Olympic track-and-field athlete, was training at the school. “Dr. Vigil said ‘You better come and learn something,” says Atencio. “I would go watch Jim Ryun … and I remember they’d hook up all kinds of things and then a car would run right by him and they’d check his oxygen intake after every lap. I really learned a lot from Dr. Vigil for coaching cross country.”

He also remembers taking classes from the renowned high school coach Joe Newton, whose cross-country teams won 28 state titles during his career. “It was 1983 when they brought in Joe Newton,” says Atencio. “I took all those classes, and they lasted about a week. I really wanted to learn everything to help my kids. When you first start out, you think running is just running, but it’s a thousand times more. Oxygen intake, how many steps you take … it was fierce.”

For years after his retirement, Atencio became a serious collector of coins, sports cards, and Hot Wheels. Though he doesn’t devote much time to the activity anymore, he enjoyed traveling to shows and meeting other collectors.

Today, he’s happy to be home and reflecting on his career. Of course, he’s still a loyal fan of Adams State sports, and you can find him at most football and basketball games.

Visit Adams State Homecoming of the Century for a list of events.