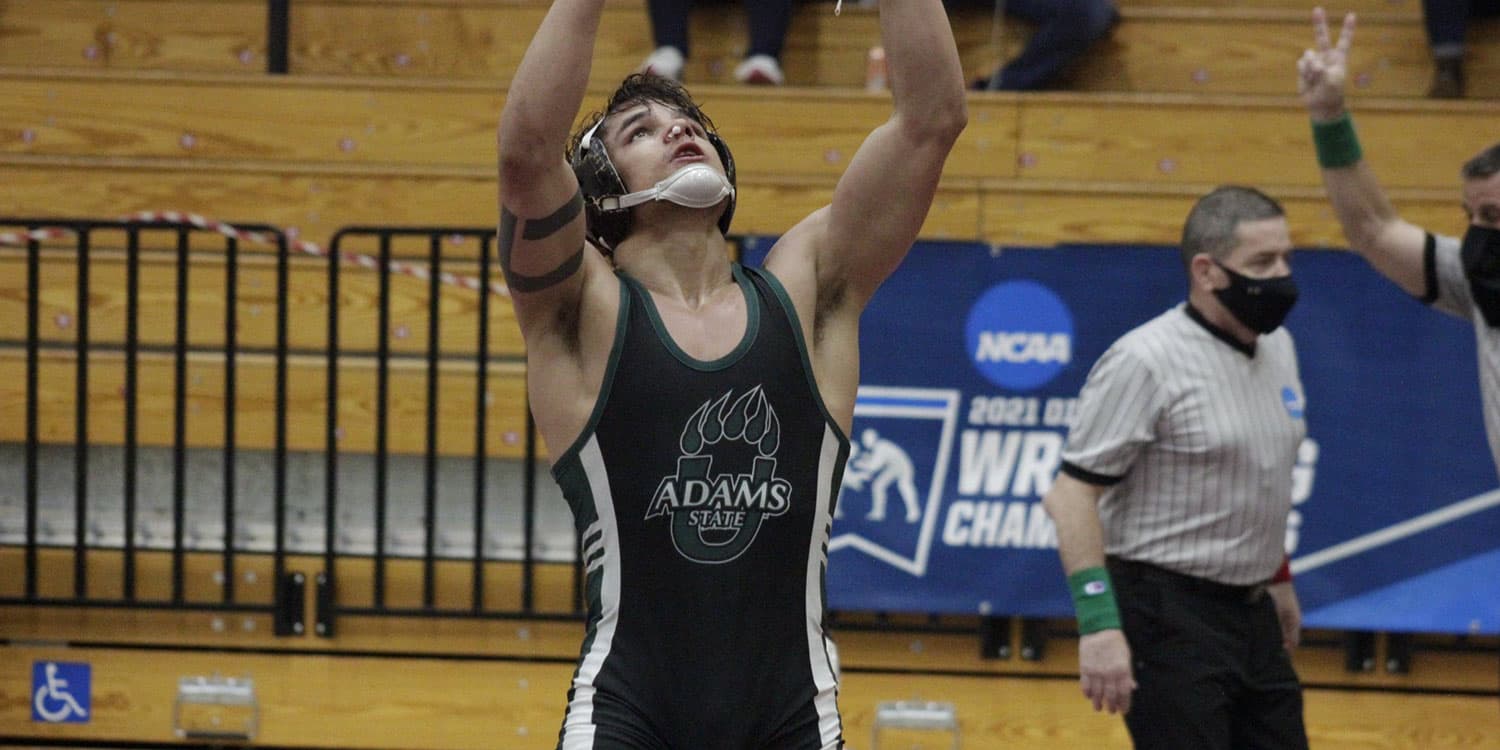 Adams State athletics roared back to life during the winter months and added another national title to the Grizzlies’ name. 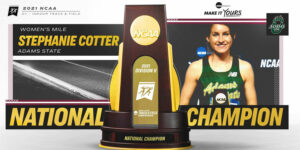 Cotter is also the defending NCAA Division II cross country champion, a title she won in 2019 but then could not defend in 2020 after COVID-19 put a halt to the 2020 cross country season.

In addition to Cotter’s great performance in indoor track, other Grizzlies vied for national titles and the men’s basketball team kept Grizzly fans on the edge of their seats throughout the winter of COVID. All the athletes performed with no fans in the stands, watching only through the magic of live stream and the internet.

Basketball: The Grizzlies finished the basketball season 10-9, but not before qualifying for the RMAC tournament, upsetting Metro State University in the opening round before bowing out in a semifinal loss to Colorado Mesa.

All of Adams State’s spring sports are in full swing, and the fall sport athletes are using the spring months to prepare for Fall 2021 competitions.