Athletic Director Larry Mortensen will retire from Adams State University at the end of the spring semester in May 2020, leaving behind a legacy of devotion to the significant student-athlete population on campus. 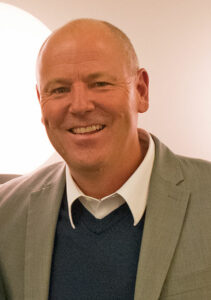 “Adams State is a special place that serves a unique mission, and I’m proud to have served that mission for nearly a quarter century,” said Mortensen, who was appointed athletic director in the 2006-2007 academic year following 11 years as Adams State head men’s basketball coach.

“Adams State has been life changing for me,” Mortensen said. “I hope I have contributed, in some small part, to the betterment of the institution and the student-athletes Adams State serves.”

Adams State fields 18 NCAA Division II teams that compete in the Rocky Mountain Athletic Conference. The student-athlete population represents more than a third of the total student population at Adams State, an emphasis Adams State will make in its search for a new athletic director.

“Larry has been an invaluable part of Adams State and I have grown to trust and value his opinion and leadership,” President Lovell said. “The athletic director role is a critical position for the university. The student-athletes are a vital part of Adams State and our commitment is to build on the work Larry has done in growing and serving a diverse student-athlete group.”

Mortensen is home-grown, his family longtime residents of Alamosa. A product of Alamosa High School, he graduated from Adams State with a bachelor’s degree in education in 1988 and a master’s degree in 1993.

“The relationships with former players, coaches and staff are what I value most,” Mortensen said. “I’ve made lifelong friendships that will resonate far beyond the athletic arena.”

Mortensen said he will remain active in Alamosa and the San Luis Valley, and will stay involved with Adams State as the University moves into its 100th year.