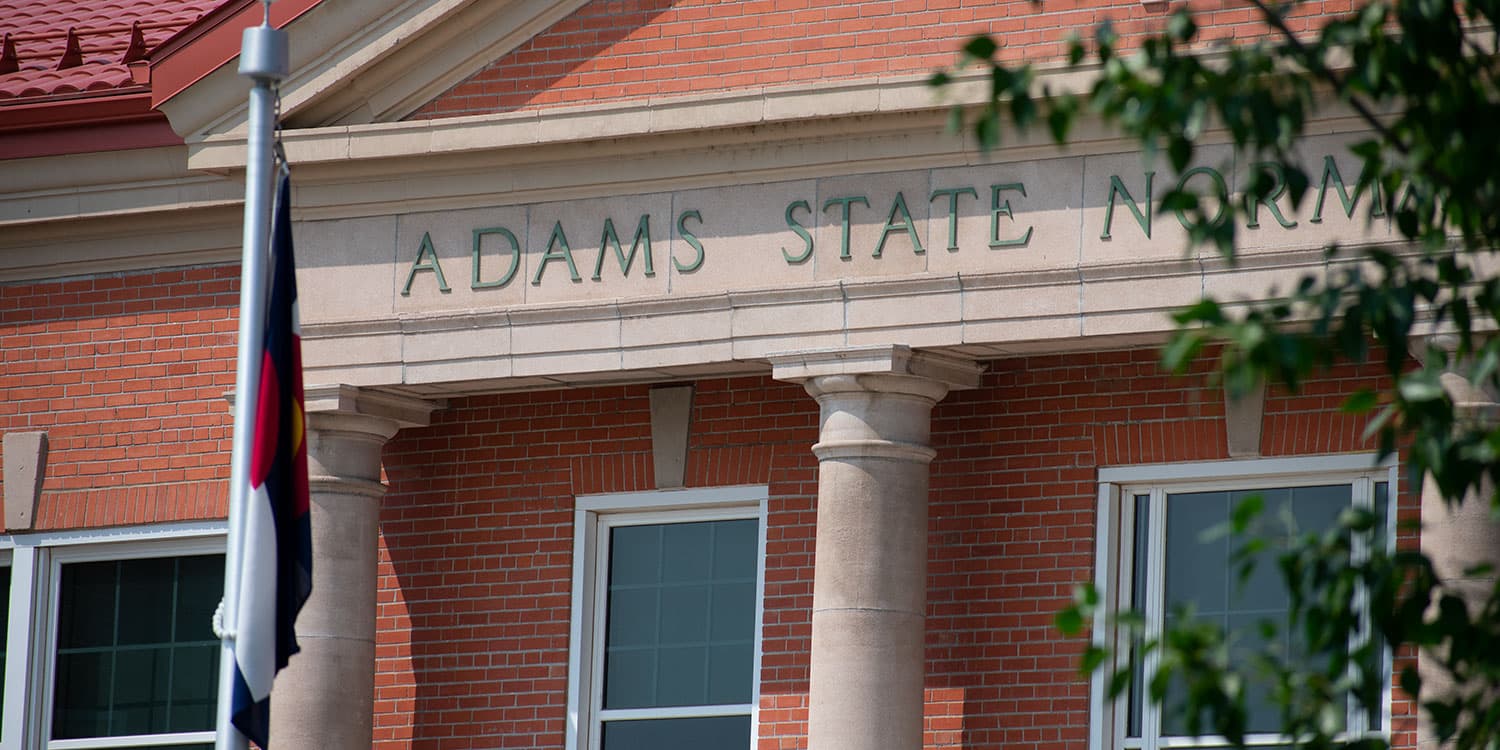 Here come the bankers–one, two, three – and they’re all part of the Adams State legacy. They love to see their customers succeeding in the community and growing in their industry, and they love their alma mater’s potential for the next century.

They are in good company. Adams State University alumni Duane Bussey, Class of 1982, CEO of San Luis Valley Federal Bank Jeni Jack-Goodwin, Class of 1985, president of First Southwest Bankand Russell Achatz, Class of 1985 and CEO of Alamosa State Bank, are demonstrating their support for the institution from serving on boards to committing generous donations for the University’s 100-year anniversary.

“First Southwest Bank understands the importance of Adams State,” Jack-Goodwin says. “We appreciate the opportunity to continue our strong relationship with the institution.”

Not Headed Toward Banking

Ironically, none of the three financial leaders started their academics with banking aspirations. In fact, Bussey and Achatz expected to become teachers and coaches. Jack-Goodwin was a little closer, choosing business as a major with ambitions to join the retail industry.

“Never in a million years would I have predicted this career,” she says.

Achatz has no second thoughts about his destination. “I would have no problem choosing the same path, as it has been very rewarding.”

Bussey agrees, “Banking and the business of finance and money management have been a good fit for me intellectually, and the San Luis Valley Federal Bank has been a great fit culturally for me.”

Jack-Goodwin says they support one another and all the banks throughout the San Luis Valley. Bussey also agrees with that sentiment.

“We all fill different niches. I have tremendous respect for all the banking leaders in the community.”

Making Their Lives in the SLV

Carving out a life in the San Luis Valley felt just right for these alumni. Bussey grew up in Colorado Springs before coming to Adams State. Achatz and Jack-Goodwin each gave the metropolitan life a try. “I lived in Denver for a couple years but returned to Alamosa when I wanted to start a family,” Jack-Goodwin says.

Achatz also soon learned the city life was not for him. “There is no place like home and the Valley is a very special place.”

For Bussey, a couple of years turned into a lifetime. His wife, Lorey Bussey, Class of 1980, was already working in Alamosa when he completed his degree and the couple decided to accumulate work experience before heading to the Front Range. Then the children began arriving.

“We were happy in our jobs and felt like SLV Federal would eventually provide a leadership opportunity for me, although I did not know the CEO position would be offered,” he says.

Staying in a rural area may not be the first choice for their urban counterparts, but for these three it’s about more than the bustle of crowded streets and sun-blocking skyscrapers.

“The best part of being a bank president for me is knowing the impact that I made in my community, like helping and developing businesses and people grow and succeed from the ground up,” Achatz says.

It is also satisfying to see young employees turn their job into a career at Alamosa State Bank and move up the ladder with success.

“The problem with bigger banks is you become unattached to the customers and employees,” Achatz adds. “They become a number instead of a friend or colleague.”

This way of thinking also guided Achatz to pursue his education at Adams State. “For me at the time, it was all about affordability. I could stay home and work at the same time to pay for school. I could not have afforded a larger university and did not have the grades for any type of scholarships.”

Two of Bussey’s neighbors and his high school assistant basketball coach, Steve Posegate, are  Adams State alumni and encouraged his decision to visit campus. “I liked the basketball coach and the campus environment, and was offered a scholarship to attend.”

When she was a sophomore in high school, Jack-Goodwin’s family transplanted from the Cherry Creek area in Denver to Alamosa when her father, the late John Holmes, Ph.D. emeritus professor of psychology, accepted a teaching job with the University, then just a College. She remembers living in the dorms her freshman year, and being on campus felt like a “whole different town.”

After receiving her degree, Jack-Goodwin interviewed with a large retail chain but accepted a position as a bookkeeper with First Southwest, 35 years ago.

“It is crazy to think about the time that has passed.”

Their work environment and duties appealed to all three bankers, who spent their career with the institutions they now lead. All agree, for a bank president there is no “typical day.”

Achatz oversees all banking operations, planning, policies and practices as well as a variety of other strategic objectives set forth by the board of directors.

“A typical day is not a real thing, as it is always changing daily to make sure things are running smooth and profitable,” he says.” I will say that the number of meetings is too many!”

Focusing on the SLV Federal Bank members and providing a great work environment for his employees are priorities for Bussey. He is very aware of advancements in the business, especially in regard to technology and digital services.

“Things are changing so fast that you need to stay focused on what the important issues are to your customers,” he says.

Jack-Goodwin also provides insight into the career from a working-parent and social viewpoint. “The hours are good and conducive to a (mostly) good life-work balance. I also get to meet nice people and develop relationships with customers and colleagues.”

When it comes time to celebrate Adams State and its impact on the community, their ranks are joined by several employees at each bank. First Southwest employs 12 alumni; SLV Federal has 14 alumni working at their three branches and several of their board members are also alumni; Alamosa State employs eight alumni, who are an integral part of the management team or an officer.

The bankers’ pride in Adams State is justified. “Adams State provides so much enrichment for Alamosa and the San Luis Valley,” Bussey says. He appreciates the University’s role as an education provider, giving the opportunity for local people to attend college easier than if they had to leave the Valley as well as other benefits including economic development, cultural benefits and diversity, all which enrich the community.

Achatz agrees 100 percent with Bussey. “We also benefit from the workforce that Adams State puts out each and every year,” he says.

The symbiotic relationship between the University and the business community expands the need for banking services. “This allows banks to sponsor scholarships and always be there for Adams State with financial support and donations.”

Many employees of the banks have served on committees and boards for Adams State, donating time and valuable insight. At one time Achatz, Bussey and Jack-Goodwin served together on the ASU Foundation Board.

“Overall, it has just been a great relationship of support for our banks and Adams State,” Achatz adds.

“I actually have no regrets,” Bussey says. “I have had great opportunities to help people in their financial lives and been part of some great community groups and events. It has been a ‘Wonderful Life’ at the bank.”