The judge is coming home to receive Adams State University’s most prestigious honor, the Billy Adams Award, during Homecoming 2019.

The Hon. Carlos F. Lucero, circuit judge of the United States Court of Appeals for the Tenth Circuit, will be the 49th recipient of the Billy Adams Award, which recognizes those who exhibit dedication to education shown by the University’s founder and namesake. 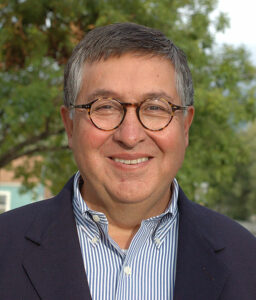 “I’ve been privileged to have a good life. It all started with education for me,” said Lucero, who grew up in Antonito with his parents, Margaret and Antonio Lucero, and five siblings.

“We had a very, very solid education background in Antonito,” he said, “and probably that was the biggest blessing because it laid the foundation to receive a scholarship to any school in Colorado I wanted to attend.”

He chose Adams State, graduated in 1961, then received a Jurist Doctor from George Washington University Law School in 1964. In his early career he was a law clerk for The Hon. William E. Doyle, U.S. District Court, District of Colorado, from 1964 until 1965; he had a private law practice in Alamosa from 1966 until 1995.

In 1995 Lucero was appointed to the U.S. Court of Appeals for the Tenth Circuit, in Denver, by President Bill Clinton. He was an adjunct professor of legal studies at Adams State from 1966 until 1989.

In all phases of his life, Lucero has placed great importance on education. He and his wife, Dorothy, established the Lucero Project through the Adams State Foundation in 1994 to provide students with work-study positions to mentor at-risk children in the San Luis Valley public schools.

Lucero said the inspiration for the Lucero Project came from a conversation he and his wife had with a friend whose daughter was mentoring children in New Haven, Connecticut, while attending Yale.

“We both said to each other, if they can do it in New Haven, we can certainly do it in Alamosa. That was the birth of the Lucero Project, to encourage Adams State students to start working with children in elementary schools rather than to push it into the later age groups.”

He said bringing children from the San Luis Valley to the campus of Adams State University is the surest way to influence their lives for the good. “The Lucero Scholars would go out and under the guise of tutoring become mentors and they would bring young people onto the campus and pretty soon the kids see higher education as a normal progression rather than it’s this impenetrable bar. That’s the natural way for kids to best benefit from higher education. Encourage kids to go as far as they can in their educational careers.”

Lucero will receive the Billy Adams Award on Friday, Oct. 18, during Adams State’s Alumni Homecoming Banquet. Tickets to the banquet are available through the ASU Alumni Office, 719-587-8110 or alumni@adams.edu.

Adams State is planning a 100th year celebration in 2021 and Lucero will frame his acceptance remarks for the Billy Adams Award around Adams State’s next century.

“Adams State College began with an improbable dream. A small town in southern Colorado even then was not the most likely place to start a liberal arts school,” Lucero said of Adams State’s founding in 1921. “It started as a teaching school and morphed into a liberal arts school, but it began with a dream and what I hope to say in my brief remarks is that planning always begins with a dream.