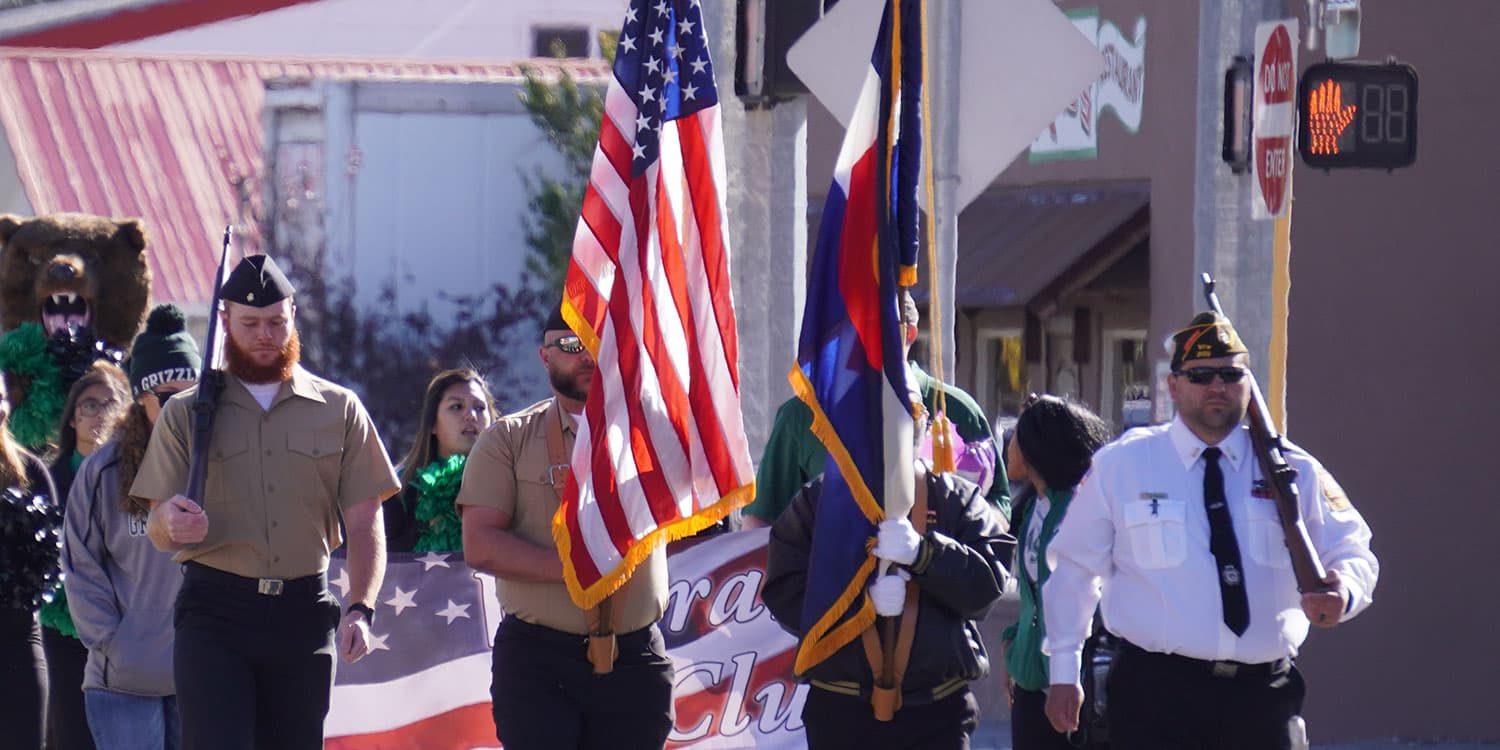 Veterans Day at Adams State was different this year. For the first time, the university’s Veterans Center hosted a week-long series of events to commemorate the sacrifices military veterans have made.

The week began with a bake sale that helped a local group raising funds for a military memorial. The next day brought students and community members together for a viewing of the movie Zero Dark Thirty. Midway through the week, a panel of veterans discussed their perspectives on the global war on terror. On Veterans Day itself, the center hosted a barbecue luncheon, and the week ended with an informative lecture on the evolution and future of U.S. military small arms.

Of all the events, the luncheon stood out as a highlight for James Owens, Adams State’s veterans and military affairs coordinator. “The lunch was in the Student Union Building, and we had about 40 guests, a mix of students, veterans, dependents and community members who came out,” he says. “Folks showed up to have a meal and good conversation. It was really nice. We had a table in the back left corner of the room where we showed gratitude for those who were not able to make it—our POWs and MIAs. On the right side, we had all the service flags hanging, with the Stars and Stripes in the center of the room.”

Owens designed the events to align with the center’s overall mission, which is to advocate for Adams State students who are veterans. “I try to bring their voices into the conversations that might impact them,” he says.

Along those lines, the panel discussion was particularly relevant. “The whole point of the panel was to give service members’ perspectives of the war, what it was like to be there, to meet and talk with locals, and our perspective on how everything ended,” he says. “One community member told me it gave her something to think about. To me, that was a big success. I didn’t want us to repeat common political tropes in the presentation. I wanted people to get the human aspect of the war.”