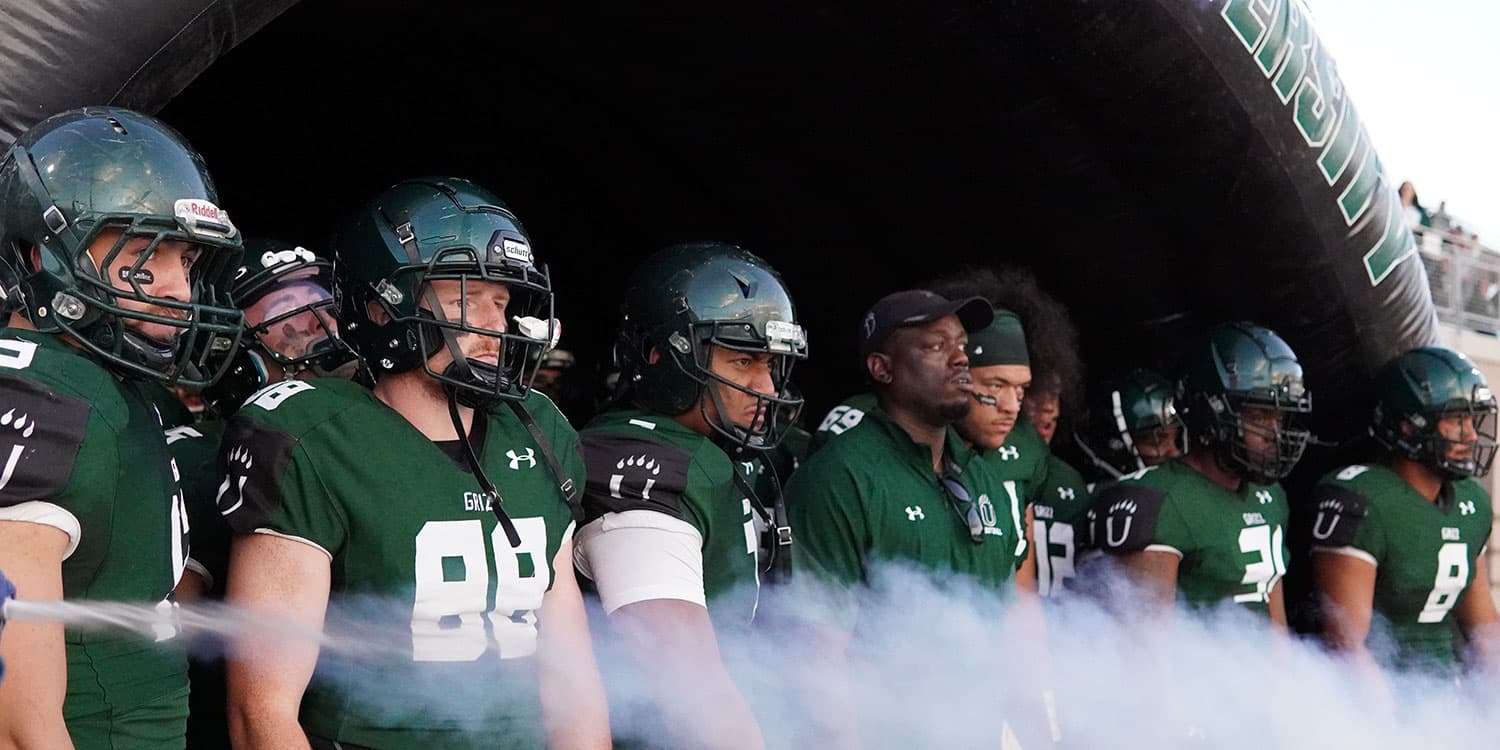 Ramirez is first recipient of the Brody Geiser Memorial Scholarship

Last week, Jeff Geiser, Ph.D., made a surprise return to Rex Stadium. After a sterling career as a linebacker at the University of Colorado, Geiser served as the head football coach at Adams State University for thirteen seasons (1984-1996), taking his team to back-to-back playoff berths. Earning his doctorate during his coaching tenure at Adams State, Geiser subsequently served as the department chair of exercise, physiology, and leisure science and as Adams State’s athletic director before serving as athletic director at Eastern New Mexico University.

Following the tragic death of his son, Brody, in 2020, Jeff and his wife, Nancy, established a memorial scholarship to support a student athlete from the San Luis Valley. On November 3, 2021, the Geiser’s formally awarded the scholarship to Angelo Ramirez, currently a defensive lineman for the Adams State Grizzlies and a wildlife biology major. Ramirez was a standout player for Alamosa High School’s Mean Moose, earning all-conference, all-valley, and all-state honors in 2017, and is now a stalwart starter for the Grizzlies’ defense. 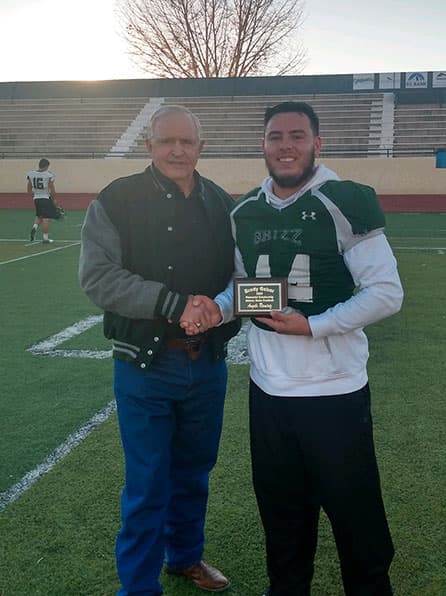 “I’m hoping something good can come out of a tragedy,” said Geiser, recalling that Brody literally followed him on the sidelines of Rex Stadium, handling the cord for his father’s head set and serving as a ball boy for the football team. Coach Geiser reminded the Grizzly players to “have fun” as they pursue athletic success on the gridiron. Nominated by Head Coach Jarrell Harrison to receive the award, Ramirez represents the values inherent in the scholarship of teamwork and dedication.