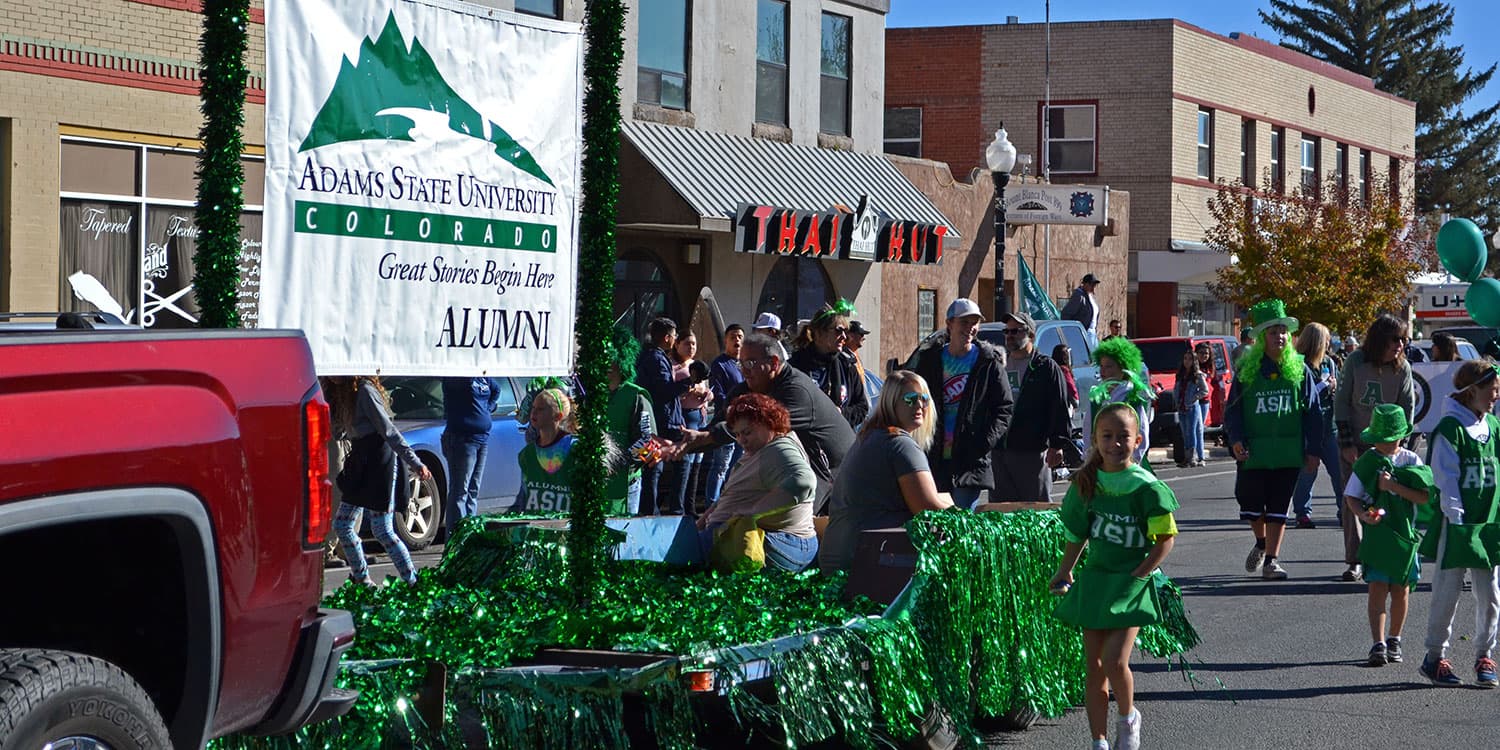 With such a storied career and history here in the San Luis Valley, it comes as no surprise that Dennis Lopez is the recipient of the 2021 Billy Adams Award. Lopez received bachelor’s degrees in Spanish, French, and secondary education along with minors in Chicano Studies and psychology in 1974 before finishing his Master of Arts in secondary education in 1978.

“Adams State was a logical choice,” said Lopez, whose experience and involvement at Adams State has been ongoing since he first arrived on campus. While commuting to and from his family home, his friends jokingly referred to him as the professional student, and his obsession with learning has continued throughout his life. “I feel fortunate that I had some wonderful professors in each of the fields of study that I pursued and these professors inculcated that knowledge which allowed me to be prepared as a teacher.”

Lopez will accept the award at the Adams State Homecoming Alumni Awards Banquet on October 15.

The namesake of the award, Billy Adams, a Colorado Governor, helped establish Adams State while he was still in the legislature. He believed in the right for all people, including those in rural areas, to have access to higher education and to reach out to the underserved.

When asked about the mission set forth by Billy Adams, Lopez replied: “As an observer of what takes place here at Adams State, I see continued efforts to recruit students from local high schools, and especially from rural and underserved populations.” The University’s focus to help underserved and rural communities goes a long way towards continued economic and educational growth in the San Luis Valley. “People who grow up in the San Luis Valley and graduate from Adams State will continue to serve local communities because they have roots in the Valley. The mission of Adams State has been on the right track since it was first promulgated by Billy Adams.”

Since 1971, Adams State has recognized those who exhibit the dedication to education shown by the college’s founder, Billy Adams, with the Billy Adams Award.

Lopez’s post-secondary education began in 1968. It took him six years to receive his B.A. “I wanted to learn and learn and learn.” While the degree was not offered at the time, he had also received enough credits to acquire a B.A. in Chicano Studies.

After finishing his undergraduate studies as a first generation college graduate, Lopez began a 27-year teaching career at Alamosa High School. He taught Chicano Studies, where his classes would regularly have 42 to 46 students per class. After becoming the chair of the Foreign Language Department, he also started teaching Spanish. With students wanting more options for learning languages, Lopez added French classes.

Alongside teaching, Lopez sponsored clubs for Spanish, French, and Chicano Studies; he was an assistant baseball coach, a supervisor at athletic events, and the announcer for the Alamosa High School wrestling program for over 20 years. He was a member of the Alamosa Education Association, serving two stints as president, and was a member of the National Education Association until entering into administration. Lopez was hired as the extracurricular activities director in 1986. In 1993, he became the associate principal at Alamosa High School and finished his career there as principal from 1998 until 2002.

His dad was a carpenter and his mother came from generations of farmers and ranchers. From these humble beginnings, Lopez commuted to and from his family home, held work-study positions cleaning various facilities on campus, and became an active member in student organizations and community-wide social justice issues. Lopez said the activities “helped me develop leadership skills that later served me well in my administrative positions. Growing up in a small, rural, and agrarian Hispanic community, I was blessed to have a very strong upbringing that allowed me to have an open and curious outlook on life. Being Chicano and Hispanic, I experienced the rich culture, language, history, and lasting heritage.”

For many families, funding a college education has been an impossible dream. “But thanks to Adams State’s financial opportunities, students from low-income families can pursue a degree in higher education, resulting in opportunities for career advancement.”

Lopez regularly gives lectures and presentations on the rich history of the San Luis Valley, including a recent lecture on the history of mining in Platoro, in the San Juan Mountains.

Lopez has been a case manager at the Alamosa Convenient Care Community Clinic since 2013, where he assists people finding a primary care provider, scheduling appointments with a provider, assisting with appointments with medical specialists, and other related patient needs.

Lopez said he has many people to thank for always pushing him to become a lifelong learner along his path to receiving the Billy Adams Award. “There are many professors, staff members, classmates, and colleagues that I need to thank for their part in helping me and guiding me.” He is especially thankful for his family, who helped shape him into the person he is today: “I also leave my father and mother-in-law, my extended family, my parents, my brothers, my sons and my wife, Sally, to the last because all these people who helped shape me are my family, to whom I owe the greatest thank you.”