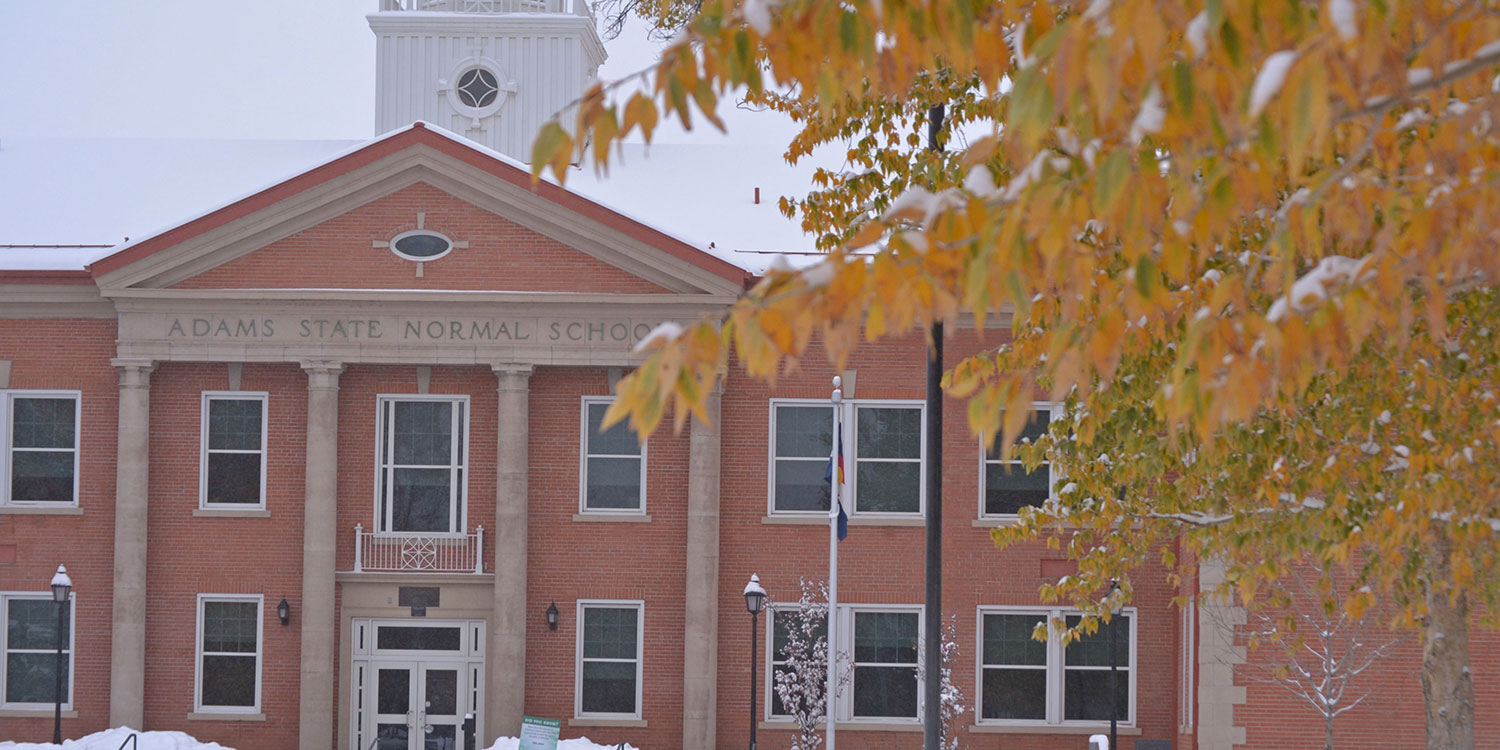 Article by Kaitlyn Kelley, Class of 2021

Through the generosity of donors like Janet, Class of ’63, and Jasper Mangum Adams State University students can concentrate on their studies and academic goals rather than worry about paying college expenses or accruing long-term debt.

In recognition of their long-time support through gifts and a scholarship, the Adams State University Foundation presented Janet, Class of ’63, and Jasper Mangum with the 2020 Willis Fassett Jr. Award.

The Mangums established a nursing scholarship in 2011. “My husband and I are impressed by the quality of the Adams State nursing program.” The majority of nursing students are from Southern Colorado, who then contribute back to their communities after graduation, filling a much-needed niche in the rural health care industry.

Janet’s sister, Mary Beaver, was a nurse, giving the Mangums an added appreciation for the profession. “I feel students who have to work a little harder are more invested in their education. Those are the kind of students I want to help,” Janet Mangum explained. “I didn’t want anyone to be forced to drop out because they don’t have the funds to graduate. I know there is someone out there who will appreciate this scholarship.”

In 2006, Janet Mangum donated a Nursing Anne human simulator in order to help replicate real life situations for the nursing students. The donation by the Mangums, was the start of the Nursing Department simulation lab.

Named in honor of the late Willis Fassett Jr., a long-time president of the Adams State University Foundation Board of Directors, the award is given yearly to strong supporters of the University.

The Mangums were surprised by the award, never imagining they would be praised for their philanthropy. “We were pleased and honored by being chosen.” The couple doesn’t seek praise or awards for their actions. Instead, they prefer to live a more down-to-earth life, filled with camping, hiking, motorcycle, ATV and snowmobile trips.

After graduating from Adams State, Janet Mangum spent five years teaching physical education to junior high students, followed by another five teaching fifth graders. After 10 years of teaching under her belt, she branched out and spent the next 40 years as a co-owner of an auto body collision shop in Albuquerque, NM.

In 2021, Adams State will celebrate it 100-year anniversary. Janet Mangum encourages others to support Adams State as it continues to offer affordable education and opportunities for students to succeed over the next 100 years.

Now retired, Janet Mangum spends her time volunteering at the Rio Grande Nature Center, Lovelace Senior Health advisory board, traveling with Jasper, and attending Adams State alumni events. “We love to come back and check out the new additions and renovations each year or to visit old friends, such as Lori Laske (Executive Director of Alumni and Donor Relations), and Tammy Lopez (Executive Director of the Adams State University Foundation).”