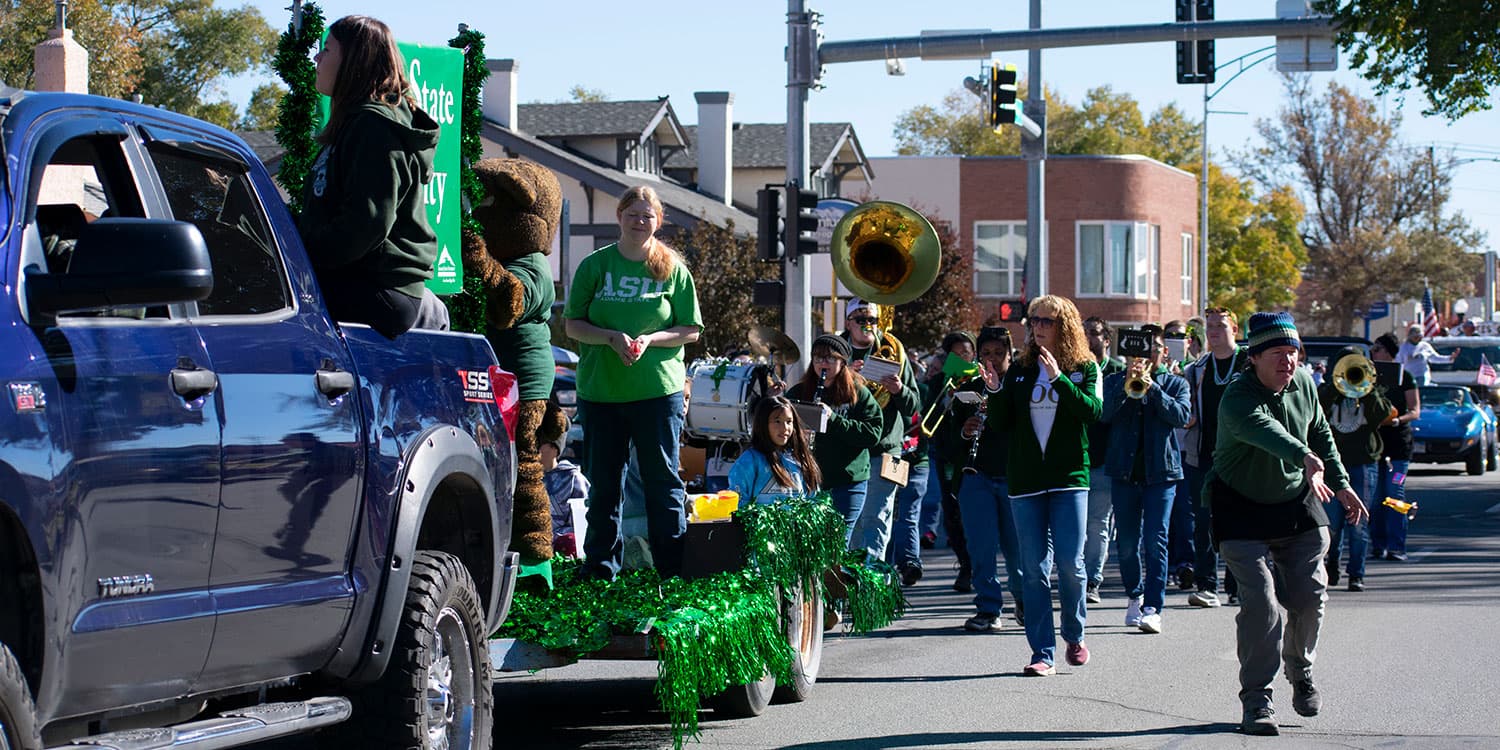 It’s early 1968, and Chuck Owsley is finishing his degree at Adams State University. In the meantime, with a marriage to Becky and two kids, he is also running a little furniture store called Buy-low Furniture in downtown Alamosa. When the time approaches to head to campus, Owsley draws up a sign for the door that says “Gone to graduate,” locks up, and heads to his night classes.

Attending Adams State on a golf scholarship, Owsley finished his studies, graduating with a Bachelor of Arts in business administration and a minor in art in 1968. He was 23. Since then, he has gone on to have an illustrious career in the lasting legacy of Alamosa here in the San Luis Valley. Charles “Chuck” Owsley is the 2022 Billy Adams Award recipient. He will receive the award at the Homecoming Alumni Banquet on Oct. 7. “I’m incredibly thankful and honored.”

Owsley has lived his entire life here in the valley. When asked about the growth that the valley has experienced over his life. “The valley has changed immensely. Because of Adams State College, and because of the medical facilities, transportation and businesses, we [Alamosa] became the center of the San Luis Valley.”

While many come to call the campus home, the Adams State campus has been home for Owsley since he was little. He was born and grew up on Richardson Avenue. “As a little boy, I played a lot on campus, almost every day of my life,” said Owsley. As an Alamosa High School student, he played football and basketball on the Adams State campus as AHS didn’t have a football field or indoor basketball court.

After graduating he owned and operated Curtis Brothers Furniture in downtown Alamosa, where he would remain for 42 years until his well-deserved retirement. For a number of years, he was a board member for the Alamosa Chamber of Commerce, and in 1975 he was president on the board. He was a member of the Tomahawk Club and also on the Alumni Board during the 1970s.

The Owsley Family has a long legacy in the valley and at Adams State. His father graduated in 1936, and his children and grandchildren earned Adams State degrees. Much of the campus’s 100-year history has unfolded before his eyes, “I’ve watched almost every building be constructed [on campus] since the 1960’s. I’ve lived in the valley all my life.”

Since retirement, Owsley has spent a number of years on the Adams State University Foundation Board and owns some commercial rentals. He used to play a lot of golf, however an injury caused him to limit the activity. He also owns a cabin in South Fork, where he and his wife enjoy spending time together. Owsley is also an avid gardener.

Having grown up and lived in the valley his whole life, Owsley has also been a lifelong Adams State athletics fan, and has missed very few events. “In 2014, Becky and I received the Grizzly Club Individual Partners of the Year Award, and that was a big honor.”

Owsley encourages current students to do their best in college for future success in the world. “The motto for Adams State is ‘great stories begin here,’” said Owsley, “It was for my father, for myself, for my kids, and for my grandkids.”