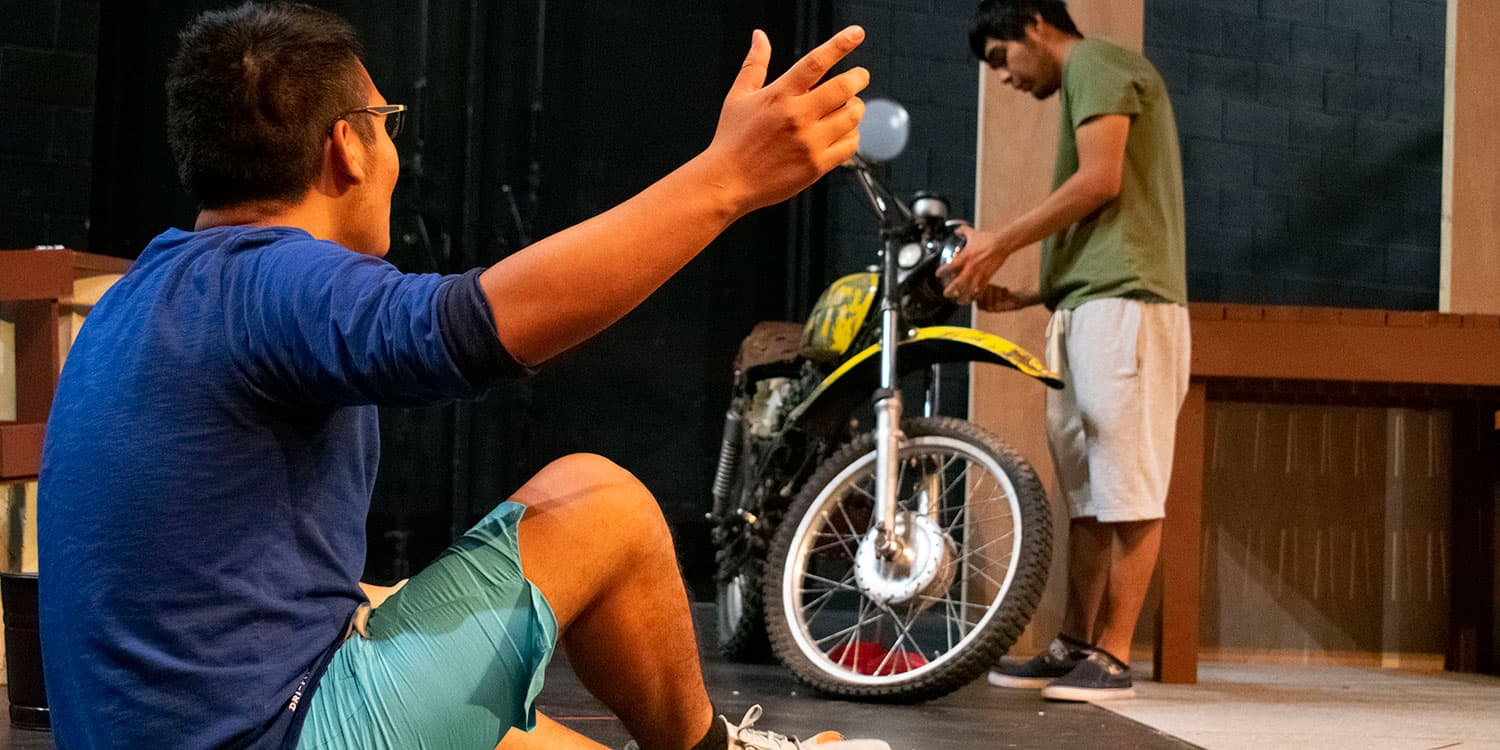 When considering a play to open the 2022-2023 Adams State University Theatre Season, director George McConnell, Ph.D., knew “Roosters” would be a top pick. “It is an amazing play. The focus is on a family and geographically speaking, the location was vague enough to match the San Luis Valley.”

“Roosters” is the first play by a LatinX playwright produced by the department since 2018. McConnell, assistant professor of theatre, also appreciates the reality and cosmic aspects used by the playwright Milcha Sanchez-Scott.

The plot follows the dynamics of a family as the long-standing tradition of cock fighting is challenged by the son, who has a different vision for the future. “The stage design feels as realistic as a movie set,” McConnell says. “The vision is realistic with gestures to cosmic influence.” All the visual and performing art programs on campus contributed to the show, adding live music to the performance and rooster masks.

Two of the ten actors play roosters. “It engaged my creativity to make people roosters,” McConnell added. “It was very exciting to collaborate with my theatre colleagues as well as the art and music programs to bring my vision to life.”

“All three seniors in the play exhibit the skills and techniques they have learned over the course of their academic career,” McConnell said. The LatinX characters are played by student actors who identify as LatinX.  “My job is to support the work of the actors. I don’t dictate their roles, instead I encourage their choices.”

The play lasts about an hour and a half, including a ten-minute intermission. The theme is very much a confrontation between the cyclical nature of toxic masculinity and the possibility of redemption through the sacred feminine. “The final scene has a surprise for the audience and provides a thoughtful conclusion to the reality of family dynamics.”