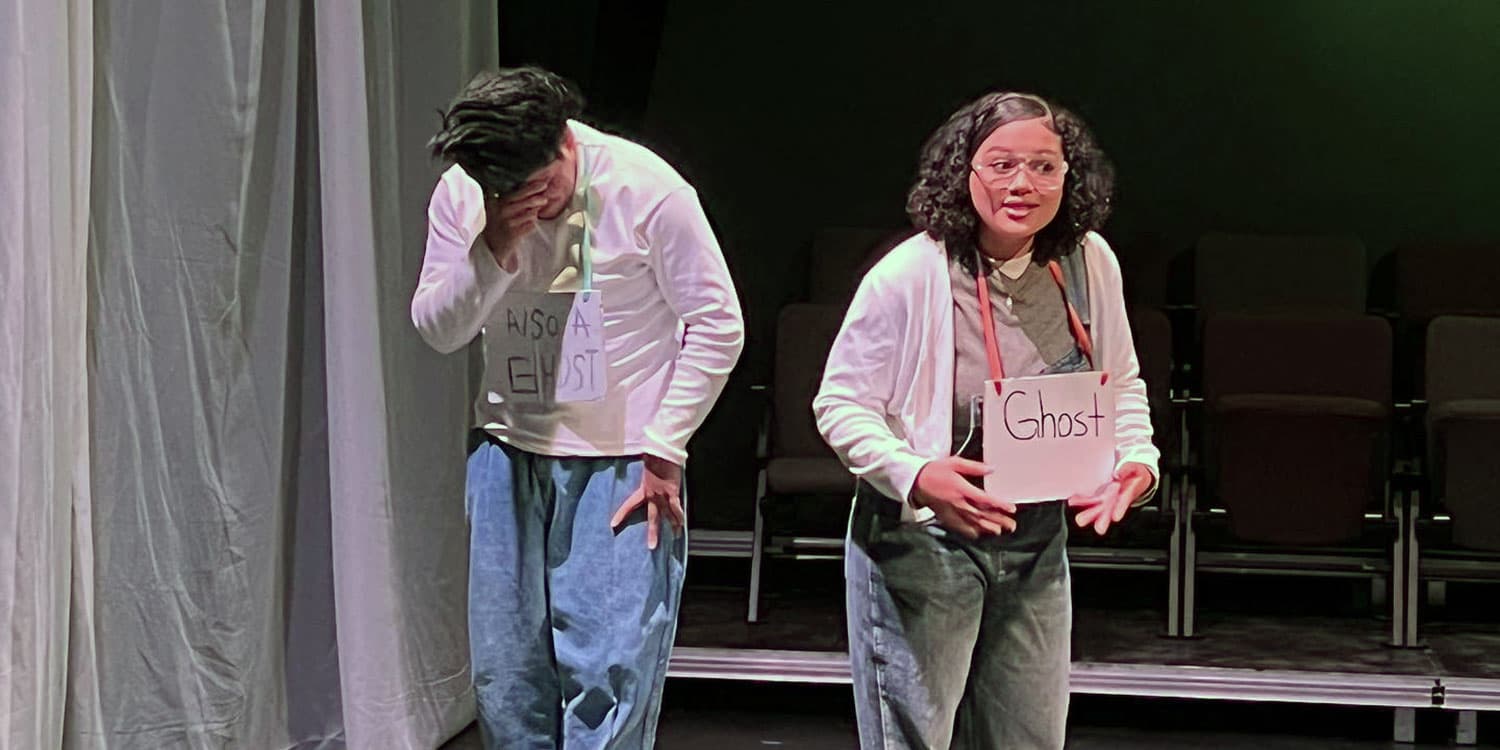 “After the virtual meeting I began to lean towards directing a comedy,” Perez said. “The show is fun and silly and I love it.” Perez chose the short, fast-paced play because it is so “weird” and the characters that break the fourth-wall makes it non-realism. “That’s what Ghost does through the whole play.” Characters include Ronnie and John Pierre as well as supernatural beings Ghost and Poltergeist.

“Ghost represents the fearless part of Ronnie, and all she wishes she could have done,” Perez said. The play is a memory, about what already happened and Ghost is explaining how it happened and how it should have happened. The play has several complex plot narratives.

“It will definitely knock your socks off and the audience is sure to leave laughing,” Perez added. “As well as consider fears and failures and how to live without regrets.”

Perez has appreciated directing the show and the input from actors. “They add silly things and it ties it all together. Watching the actors smile brings me joy.”

Perez will graduate in December and hopes to pursue a teaching career in the San Luis Valley. Originally from Aurora, Colo., Perez likes the dirt roads and views of the night sky in the rural southwest. A Spanish major, she first became interested in the theatre department watching the Adams State improv troupe. “I fell in love with improv.” During spring break 2022, Perez traveled with the troupe to Chicago and “I loved it even more.”

Public performances of “Stupid Ghost” run at 7:30 p.m. October 26 through October 29, in the Xperimental Theatre.

Tickets are $9 for general public, $8 for seniors and students, and free to Associated Students and Faculty with current Adams State identification. To reserve tickets contact the Box Office at 719-587-8499.