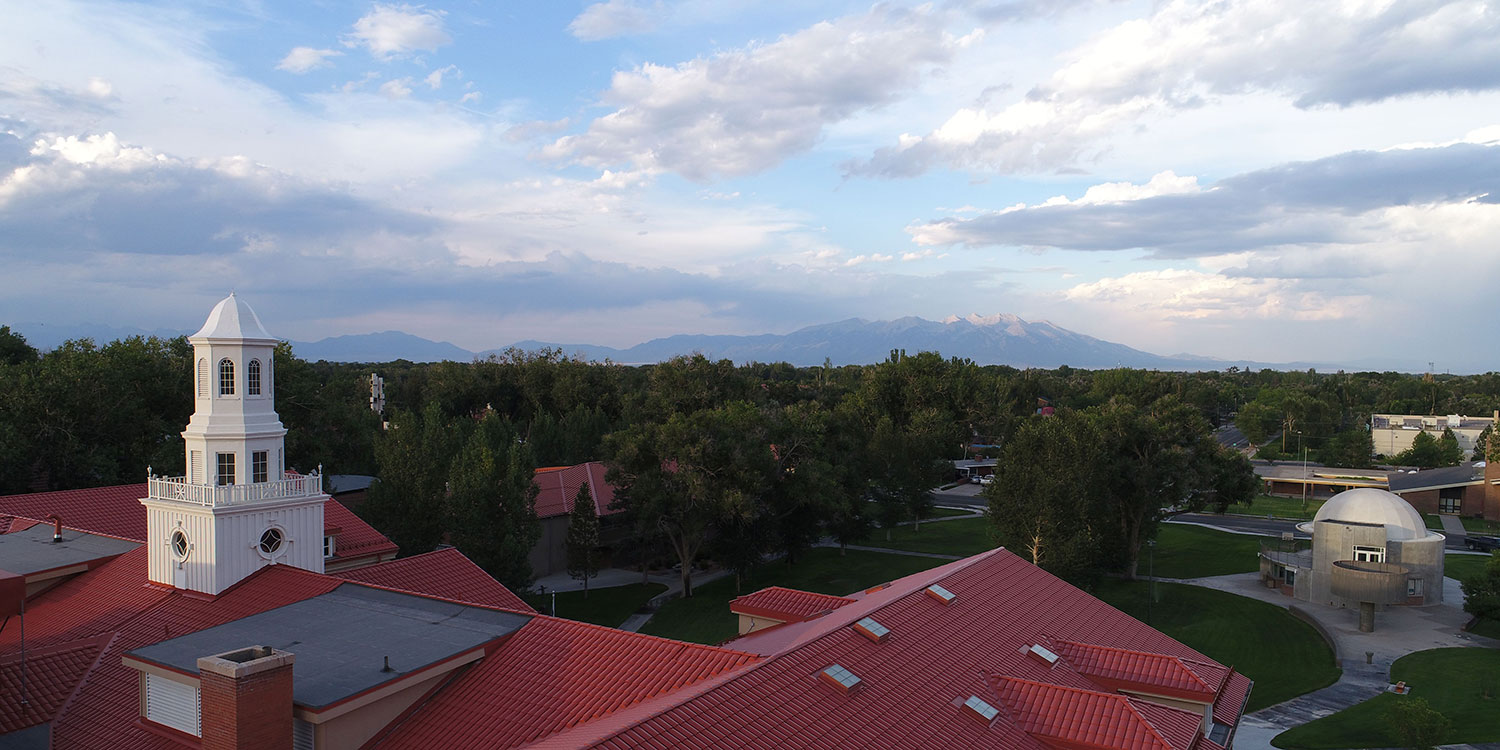 We applaud superheroes that fight sinister forces and keep communities safe. Adams State University prepares real-life heroes who daily serve those in need. And they do so without capes or alternate personalities, but rather their super power is an innate compassion to bring light into the lives of those at their darkest days.

The San Luis Valley Tu Casa, Inc. provides shelter and resources to anyone escaping domestic violence. Empowered with an education from Adams State, the staff pursue justice and a safe environment for all at Tu Casa.

Tu Casa staff members were inspired by their Adams State professors to combat threats against all humanity and to defend the right to a peaceful and healthy life. The newest team member Stephanie Martinez said Adams State was welcoming and the professors are “amazing.”

Growing up in the San Luis Valley, Resendiz wanted to experience a different environment after high school and enrolled at a larger university. Thankfully, Adams State welcomed her home with open arms when bigger didn’t prove to be better. “It was an awesome transition.” Knowing Resendiz was a resident of Del Norte, Grace Young, Ph.D., professor and chair of sociology, connected her with a position at the Del Norte Community Center to build an after school program. “She thought of me to start the new program. It was awesome.”

As a non-traditional student, Shelly Martinez appreciated her professors’ guidance, support, and understanding when she needed to be home with her family. “I experienced significant emotional growth throughout my academic career.”

Hanna received her degree through Adams State Extended Studies online program while she cared for a young child and worked part-time. “I finished in three years and graduated with honors.” She wore the gown her mother used when she received her ASU degree. “I still have my own cap in my office.”

Shelly Martinez graduated while her children were three and five years old. Now both are enrolled at Adams State. “I showed them it was the right thing to do.” Her husband and many in his family are also alumni. “We are a big Adams State family.”

Five of Lara’s siblings received degrees from Adams State. One of her favorite classes wasn’t even in her major. “I took a creative writing class that ended up being therapeutic as we explored our life and emotional memories.”

Activities outside the classroom build character

Pearson has very fond memories of her days at Adams State. Two of her professors are now legendary: Joe I. Vigil, U.S. Hall of Fame Running Coach, and Carlos Lucero, U.S. Court of Appeals Judge. “I had great professors and learned to challenge myself beyond academics.” She wrote for the student newspaper, was student body president and ran track.

As a double major in sociology and Spanish, Ortega appreciated participating in trips and events with the El Parnaso Club. “Students can immerse themselves in the campus culture. You can participate in all types of extracurricular activities, see theatre plays, art exhibits, planetarium shows, and get involved in a variety of clubs. It is a good campus.”

Resendiz encourages college-aged students to give Adams State a chance. “Adams State has the college-feel with personal small class sizes. You are part of the community and they support you, hook you up to resources, and push you to do what you don’t think you can but they know you can. You don’t get that at other colleges.”

Stephanie Martinez agrees: “Tuition at Adams State is affordable and the student-to-professor ratio is low and means a better learning experience.” She benefited from the TRIO program, designed for first-generation students. “They supported me the whole way and showed me the importance of support and guidance.”

One vital resource for many majors, including sociology, is the requirement to complete an internship before graduation. The relationship between Tu Casa and the Adams State Sociology Department is one example.

According to Dr. Young, students earn three credits for their internship class, after completing 120 hours. The internship supervisor, the student, and the Department of Sociology sign a legally binding document that regulates the student’s, the agency’s, and the university’s relationship.

Students are able to choose their unpaid internships after representatives from various agencies address the class on their missions and work and then pass an interview.

Ortega addresses the internship class on behalf of Tu Casa and then supervises the Adams State interns. “They are amazing young people who come through our doors and share their time.” Adams State students also volunteer on the Tu Casa hotline. Their coordinator, Hanna says: “At Adams State if something needs to get done they work with someone to get it done.”

A native of Boulder, Pearson retired as an Alamosa County judge in 2016, and the day after joined the Tu Casa Board of Trustees. “Internships allow time for college students to make absolutely sure they are entering the right career.” She loves the diversity in the population both on campus and in the local community. “We may not be perfect, but we figure it out. It is an opportunity to really get to know each other and different cultures from your own.”

While in college, Lara sharpened her critical thinking skills, leading the way into a career defined by managing those who untangle human trauma at its most intimate level. “My most important job is supporting our staff so they can focus on helping the people who need our services.”

These true-life Tu Casa superheroes have duties that include everything from grant management and hosting fundraisers to counseling and supporting children who have been sexually abused or have witnessed domestic abuse. Their work can be overwhelming emotionally and mentally. This exceptional team shares/attains their powers with each other. “It is a hard job, but a good one,” Shelly Martinez added.