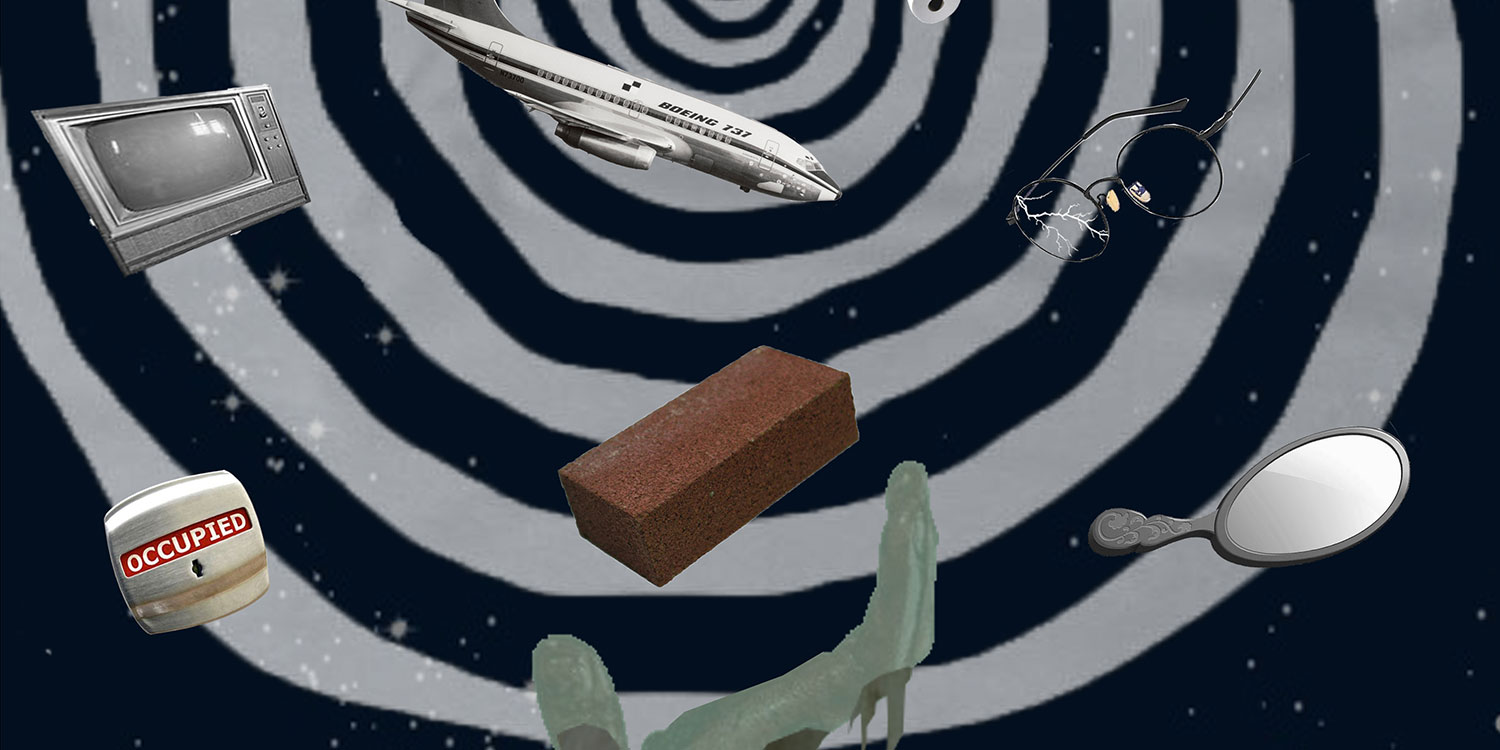 Brandon Billings and Kaleb Gideon Burris, Adams State University theatre majors, have prepared an evening of nostalgia and entertainment. Billings is directing three episodes of “The Twilight Zone,” adapted for stage, and “The Myths and Bricks Project” is directed and performed by Burris. The plays will begin nightly at 7:30 p.m. March 10 through March13, in the Xperimental Theatre.

It took months for Billings to prepare and create his adaptation of “The Twilight Zone.” He spent his entire summer working and then coming home to watch the television show, all 156 episodes, before deciding on “Time Enough at Last,” “Nightmare at 20,000 Feet,” and “Eye of the Beholder.”

“The play adaptations include lots of twists and turns, making it more entertaining for the audience to watch on stage,” Billings said.

Burris describes the one-person play, “The Myth and Bricks Project” as “really weird.” The short one-act tackles issues such as miscomprehension in relationships, projecting emotions in order to avoid problems, and ultimately self-respect and self-care. “I find myself finding the most average way of approaching an issue or challenge and then I try to do the opposite and this play does that.”

Billings is excited that John Taylor, Ph.D., professor of theatre and director of the theatre program, agreed to play the part of the late Rod Serling, who served as host and wrote 92 of the original shows. “This was a great project and along with working with theatre majors, I also collaborated with art students to create masks to be used in Eye of the Beholder.” Billings has appreciated the opportunity to direct, which he realized he liked doing after taking a directing class. “I like to give reassurance to my actors and designers and make everyone feel good as they progress through the process. I am so proud of all of them.” After graduating Billings plans to pursue a career in theatre, movies or television. He hopes to one day write and direct his own productions.

Being both director and actor was a good experience for Burris. “I keep in my mind what I am doing when on stage so I can consciously direct myself once I am off stage.” After graduating Burris hopes to pursue an acting career that lets him travel, such as in Renaissance Fairs.

The Adams State University Theatre production, “The Twilight Zone” and “The Myths and Bricks Project,” will open March 10 and continues nightly through March 13. Tickets are now on sale. The Theatre Box Office is open from 2:30 p.m. until 5 p.m. Monday through Friday. For tickets and information call 719-587-8499.