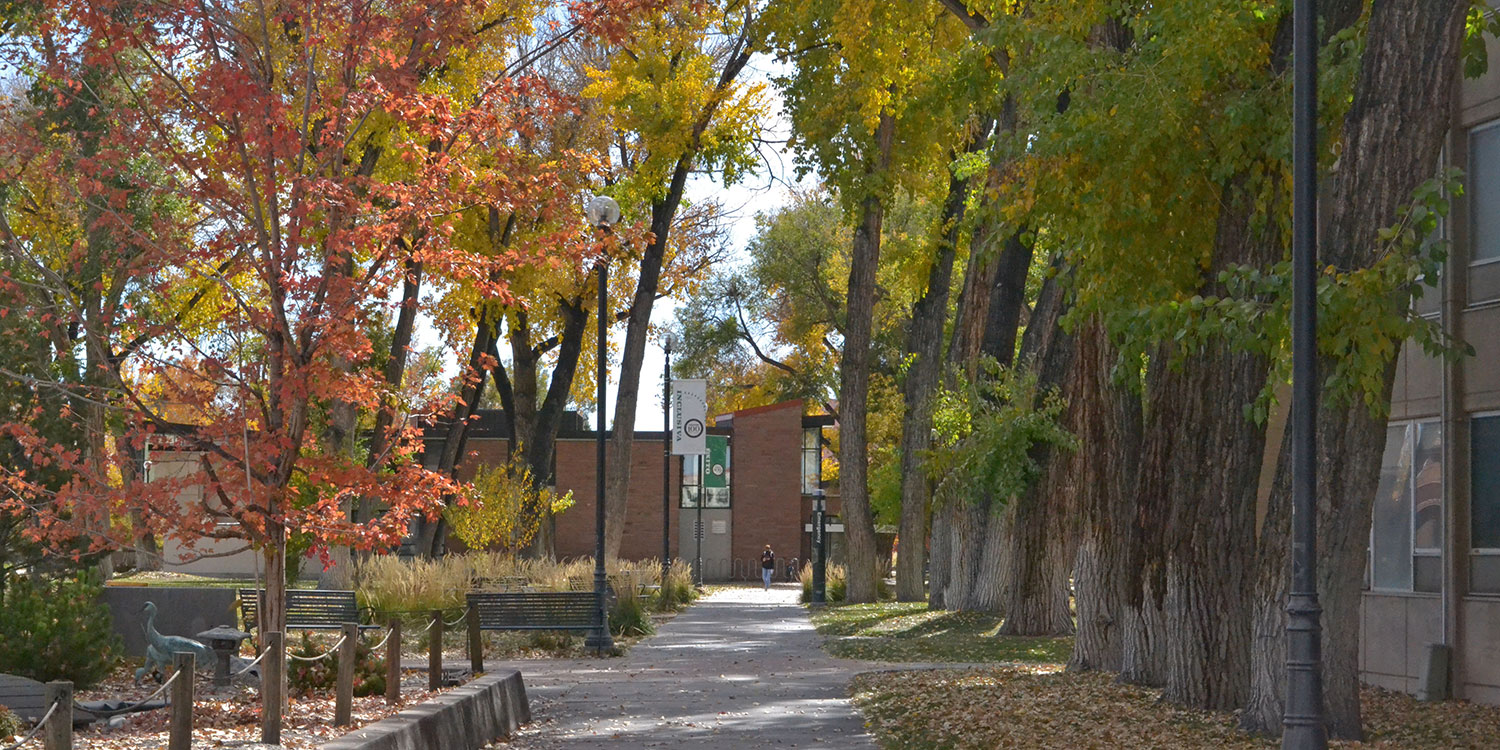 Home » News » Despite Blindness, Renee Valdez Sees the way to Helping Others

Throughout her successful career in counseling, public health and education, Adams State alum Renee Valdez has been an advocate for teen moms, low-income college students, people with addictions, and those in other vulnerable groups.

Now, after grappling with a rare illness that left her severely visually impaired, Valdez is finding strength in advocating for herself and other people experiencing blindness.

Valdez, who earned her bachelor’s degree in 1991 and her masters in 1996, saw her entire life change when she began losing her eyesight in December 2013. She was later diagnosed with Vogt-Koyanagi-Harada disease, a rare illness that can cause hearing loss, eye pain and inflammation, skin conditions, hair loss and other life-altering conditions.

For the first few years of living with the disease, Valdez had a hard time accepting her new normal and rarely left her home in Alexandria, Virginia. But, over time and with help from some influential mentors, Valdez began to focus more on the positives and realized she could use her unique background to help others.

“When I lost my vision, I really thought my life was over,” says Valdez, 55. “But I slowly learned that I had to let people into my life who could show me what I could do as a blind person. It was always hard for me to ask for help, but that’s one thing I’ve learned being blind. There are times in our lives when we all need help.”

Valdez’s journey to helping others began in Antonito, the small town south of Alamosa where she grew up. As a high school student, she participated in Adams State’s Upward Bound program, the federally funded initiative that helps low-income, first-generation students who have the potential to succeed in college.

Those early on-campus experiences led Valdez to enroll at Adams State after she graduated from high school. She attended classes while working full-time as a counselor for programs in alcohol, mental health and adolescent health, and later earned her bachelor’s degree in psychology in 1991.

After a brief stint in Albuquerque, where she continued her counseling work with adolescents, Valdez returned to Alamosa and enrolled in graduate school at Adams State. She earned her master’s degree in counseling in 1996.

When she returned to Adams State, Valdez discovered her love of teaching. While she was still in graduate school, she began teaching a handful of psychology courses to undergraduates, then continued teaching full-time after she completed her degree.

After 10 years back at Adams State, it was time for a new adventure. Valdez moved to Alexandria, Virginia, to work for the Council for Opportunity in Education and, later, for the American Psychological Association.

She had started her own education consulting company when she first began to notice symptoms of Vogt-Koyanagi-Harada disease. And while the illness has caused Valdez to put her career mostly on hold, she said she hopes to begin consulting again in the near future. In the meantime, she plans to continue volunteering for an array of causes and organizations for people with visual impairments.

Today, she serves on the board of the local chapter of the National Federation for the Blind. She’s coordinating a new program to encourage students who are blind to pursue careers in STEM — science, technology, engineering and math — and she’ll soon begin mentoring blind students in high school and early college. She also serves on a regional human rights committee for the state of Virginia.

“I’m happy and I’m plugged in again,” she says. “I’m now involved as a blind person.”

Throughout her illness, Valdez continues to draw on lessons she learned at Adams State many years ago. She often reflects on words of wisdom from her mentor Lena Samora, now an emeritus professor of psychology, who reminded her to stay open to new opportunities, to look for the positives in every situation and to be confident in herself.

“I talked to her when I lost my vision and I cried and she would tell me, ‘You can do it, just like you did when you were that little shy Spanish girl at Adams State who was afraid to speak up in class. You need to speak up as a blind person,’” Valdez says. “So I did. And now it’s a positive thing.”