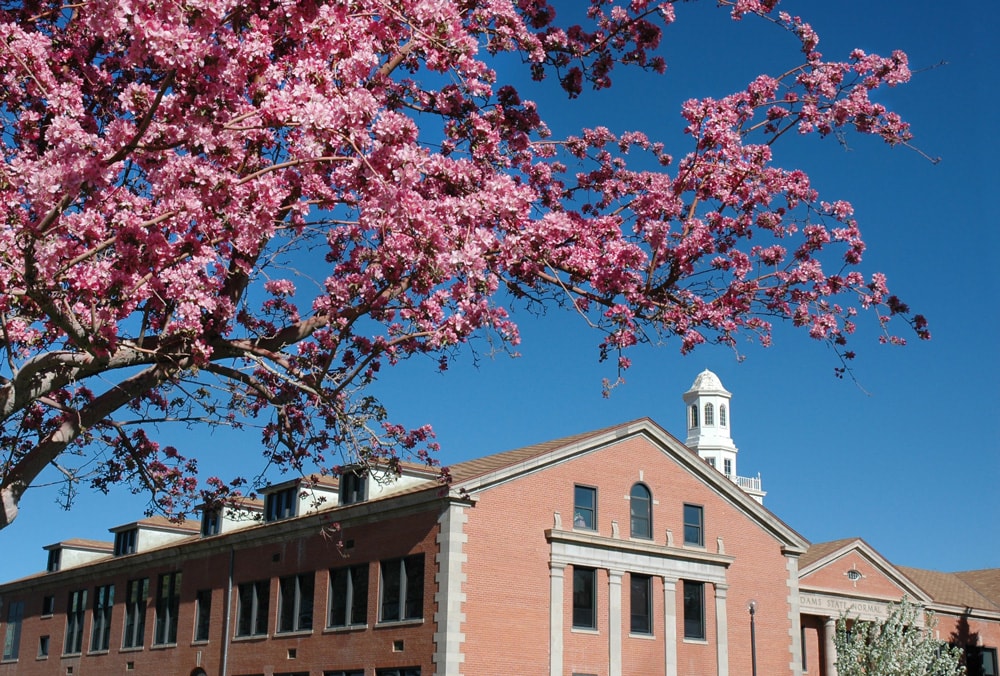 Next
Home » Board of Trustees » Meet the Trustees 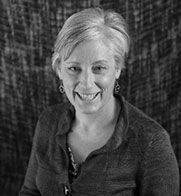 Michele Lueck is the president and CEO of the Colorado Health Institute. She joined the organization in November 2010, bringing nearly 20 years of health experience. Over the course of her career, she has worked for organizations that inform health care delivery and policy decisions with research, data, and insight.

She has consulted with many nonprofits including the Children’s Health Foundation, the Aspen Medical Foundation and the Redford Center (previously the Sundance Preserve).

Ms. Lueck has an undergraduate degree from Harvard, and a master’s degree from the University of Melbourne, Australia. 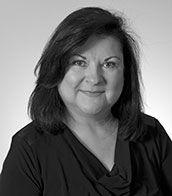 After having worked at Adams State for almost 30 years, Donna retired to care for her elderly parents. Her most recent position was as the Manager for the Counselor Education Online Master’s Plus and Doctoral Programs at Adams State University.

She was the executive assistant to the senior vice president and provost. For many years, she worked in various academic departments assisting department chairs, deans, vice presidents, presidents, and campus staff in fulfilling the academic mission of the institution.

She served on the Colorado Humanities Board of Directors, and was selected as a Fellow and Leader for the Center for Equity in Learning and Teaching. Donna was the cofounder of the SLV Chapter of the Blue Star Mothers of America that provides support for mothers who have sons and daughters in active duty in the United States Armed Forces. She also taught Academic Achievement Strategies, a freshmen experience course.

She is a first generation Latina, non-traditional student, and a native of Alamosa. Donna and her husband Joe have four children, two grandchildren, three granddaughters, and Cisco-their Corgi. In their free time, they enjoy going to car shows and collecting classic cars. 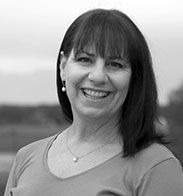 Pam Bricker is a third-generation Colorado native and has lived in the San Luis Valley since 1975. Prior to being elected a Rio Grande County Commissioner, she had a gratifying career as an educator and school administrator. Pam holds a bachelor’s degree in foreign languages (Spanish and Russian) with a secondary education endorsement from the University of Northern Colorado. She earned a Master’s Degree in Language, Literacy, and Culture, followed by Educational Leadership, both from Adams State University. She completed her career as the Byran Syring DELTA Center Principal and Adult Education Director in the Monte Vista School District.
Pam’s present and past community, state, and professional involvement is diverse. It includes the following: Rio Grande Board of County Commissioners, Action 22 Executive Board , Upper Rio Grande Economic Development, Colorado Department of Criminal Justice and Safety Sex Offender Management Board, Rio Grande Planning and Zoning Commission, charter Board of Directors member of the Colorado Coalition of Alternative Education Campuses, Colorado Adult Education Professional Association, and Monte Vista City Council.

Pam and her husband, John, own a thriving family business in Del Norte which has helped spur economic growth in the town. They have two adult children and four grandchildren. Her favorite pastime is being outdoors and enjoying time with her family, two dogs, and horses. 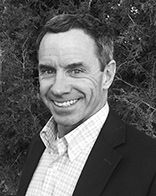 Reeves Brown is an independent public policy consultant and Project Coordinator for the “Building a Better Colorado” project, a non-partisan effort to engage Coloradans in a constructive conversation about how to improve their state and seek consensus public policy recommendations to that end.

Prior to his appointment at DOLA, Reeves served as the Executive Director of CLUB 20, a non-profit political advocacy organization representing the diverse interests of the 22-county Western Colorado region. He also served as the Executive Director of the Colorado Cattlemen’s Association and oversaw the creation of the Colorado Cattlemen’s Agriculture Land Trust (which has led to the protection of over 2 million acres of agriculture land nationwide).

Reeves grew up on his family’s 5th generation cattle ranch in eastern Montana and later received a B.S. in Agriculture Business and a minor degree in Economics from Montana State University. Having spent his formative years working in and around cow manure, Reeves feels that he is uniquely qualified to work in the public policy arena.

Reeves and his wife, Dianne, have four children (Kyler, Keaton, Seve and Abigail), a cat with an attitude, and a grateful heart for God’s boundless grace. 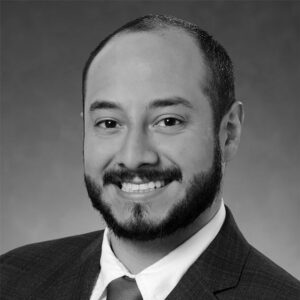 A San Luis Valley native and Adams State School of Business alumnus, Marquez, Class of 2013, received his Master of Taxation from the University of Denver Sturm College of Law in 2014.

While attending Adams State, Marquez was a volunteer firefighter for the City of Alamosa and Alamosa County. He served as president of the Future Business Leaders of America Phi Beta Lambda Adams State Chapter and represented the School of Business as a senator with the Associated Students and Faculty (student government). Marquez also was active in the free taxation service provided by Adams State accounting students and faculty supported through the Piton Foundation.

Marquez received the Future Business Leaders of America PBL National Award of Excellence in 2013; and the FBLA PBL Colorado State Honor Award in 2012 and 2013. He was also recognized with the IRS Outstanding Public Service Award in 2012. 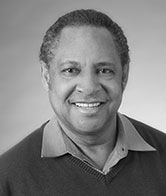 He retired as the State of Colorado Civil Rights Director and has extensive executive level management experience in civil rights, human resources, and nonprofit management in Colorado and California. A former lobbyist and social entrepreneur, he served as chair of the Foundation Board for Innovage, a senior care organization, and on its Board of Directors.

Mr. Pryor holds a law degree from the University of Denver, a Master’s in Public Administration from the University of Colorado, and an undergraduate degree from Western State Colorado University. He does consulting with law enforcement, as well as with underrepresented and underserved populations. Most recently, he consulted on broadband deployment to rural areas and provided training on racial bias to the City of Boulder, Colorado, Police Department. 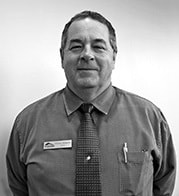 Cleave Simpson is a 1984 graduate of the Colorado School of Mines, receiving his Bachelor of Science degree in Mining Engineering.

After spending time working in Texas and Australia, he and his wife, Cathy, of over 30 years , returned to their home town of Alamosa to be close to family and friends. The couple has one son Jared, who currently resides in Huntsville Texas.

Mr. Simpson is a fourth-generation San Luis Valley farmer and rancher and works closely with his father to manage their family farms and cow herds.

When not working on Valley water issues or farming/ranching, Mr. Simpson enjoys classic American Hot Rods, particularly his 1957 Chevy Cameo pickup, as well as spending time camping and fishing with his wife.

Mr. Simpson has served on the County Land Use Planning Commission, the Farm Service Agency County Committee, and local school district accountability committees in the past. 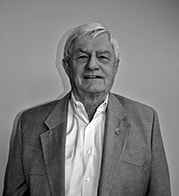 John Singletary, a native of Pueblo, Colorado, is a real-estate broker and developer, farmer, and consultant. He served three Colorado governors on a variety of State Commissions, including Parks and Wildlife, Department of Agriculture, Lower Arkansas Valley Water Conservancy District, and COGO.

He has been a member of several organizations including the Colorado Cattleman’s Association, Pueblo County Planning and Zoning Commission, Sangre de Cristo Arts and Conference Center, and the Farm Bureau.

He and his wife of 45 years raised two children while farming and ranching in southeastern Pueblo County. Along with five grandchildren they continue to enjoy the rural lifestyle and outdoor activities. 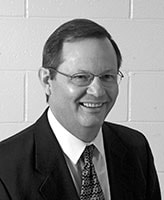 Born and raised in Alamosa, Colorado, Randy Wright received a Bachelor of Science degree in biology, with a minor in chemistry in 1984 from Adams State.

After completing his degree, Mr. Wright worked for his father, Larry Wright, also an Adams State alumnus, as assistant manager of their first Stop N Shop Convenience store in Alamosa. Within seventeen years, Randy was the general manager of three successful stores in the San Luis Valley. After the business sold, Mr. Wright worked for KSPK Radio as sales representative in sales, on air, and creative advertisement work. In 2011, he accepted the position as executive director for the Alamosa County Economic Development Corporation. He is also the director of the Alamosa County Chamber of Commerce.

Mr. Wright interests include photography, hunting, fishing and barbeque. He has served on many local boards including Ducks Unlimited, Colorado Guides and Outfitters and the Rocky Mountain Elk Foundation. He also served on the State Board of Directors for the Colorado Bowhunter’s Association. He is a member of the NRA and served as secretary of the Forbes Wagon Creek Land Owners Association Board of Directors for 12 years. 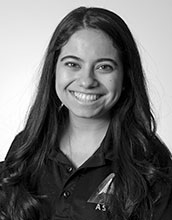 Diane is pursuing her bachelor’s degree in biology and chemistry. During her time at Adams State, Diane has discovered her passion for student relations and academic excellence for all students. Diane has served in leadership roles throughout her four years at ASU but felt that serving as a Student Trustee her experiences, as well as though of her peers, could greatly influence and benefit Adams State in being a leader institution of academic rigor and diversity.

Diane hopes to voice student concerns and increase shared governance at her institution. Diane loves being involved on campus. She is the president of the ASU Newman club, president of the SACNAS club, and secretary of the Adams Atoms chemistry club.

Outside of campus Diane volunteers at Sacred Heart Church with the Religious Education program and participates in community events. As an Alamosa native, Diane values the community relations students and faculty partake in while at ASU. She believes that with great support students at Adams State can achieve anything. She participates in the Hispanic Serving Institute committee and is passionate about educational equality for all students.

After graduation, Diane wishes to pursue Dental School to address health disparities in her rural community. Diane’s favorite quote “Education is the most powerful weapon in which you can use to change the world” as stated by Nelson Mandela encompasses her passion of Adams State where great stories truly begin.