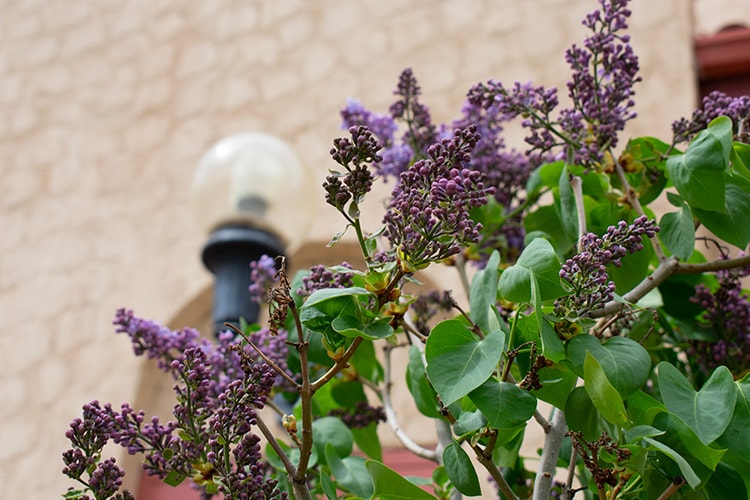 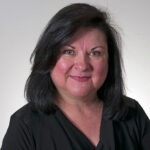 Donna Griego was appointed by Governor Hickenlooper to serve on the Adams State University’s Board of Trustees in December 2016. As a trustee, she is the chair of the Adams State University’s Hispanic Serving Institution (HSI) Advisory Committee. A 3-time alumna of Adams State University, she received an M.A. (2012) in Higher Education, Administration and Leadership (HEAL); a B.S. in Business Administration Management (2003); an Associate of Science (2000). She is a first generation Latina, a non-traditional student, and a native of Alamosa. Donna retired with 30 years of service from Adams State in 2015. Her most recent position was Manager for the Counselor Education Online Master’s Plus and Doctoral Programs. She assisted in fulfilling the mission of the institution while working as the executive assistant to the provost and to the senior vice president as well as working in various capacities within the academic arena.

Ms. Griego was elected to serve on the Colorado Humanities Board of Directors. She co-developed the ID-179 Lifeways of the San Luis Valley (SLV) and the American Southwest course that explores the cultural richness of the San Luis Valley’s geography, ecology, language, literature, along with other elements of regional heritage. She designed and coordinated a semester-based Lifeways of the San Luis Valley Lecture Series, including guest lecturers from around the region. Her perspective on the humanities is that, “Our humanity encompasses our individuality, and it is what makes us who we are. Our humanity brings us together and it is through our humanity that we create a sense of community”. Ms. Griego was selected as a Fellow and Leader for the Center for Equity in Learning and Teaching (CELT). She is co-founder of the SLV Chapter of the Blue Star Mothers of America which provides support for mothers who have sons and daughters in active duty in the United States Armed Forces. Donna also taught Academic Achievement Strategies, a freshman experience course at Adams State University. Donna and her husband, Joe, have four children and four grandchildren who all reside in Texas. 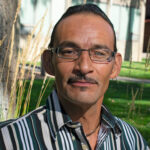 Jeff Gallegos is a military veteran who works as an administrative assistant at the One Stop Student Services Center at Adams State University. A San Luis Valley native born and raised in Del Norte, Colo. Jeff is an honorably discharged veteran of the United States Army, having served from 1992 – 2000:

Since returning, Jeff has continued serving the San Luis Valley; working with the local community health center from 2005 to present, and beginning his career with Adams State University in 2015. Known as The Voice of Adams State, Jeff is a dedicated professional who works as an advisor in the ASU Office of Financial Aid, a representative on the Classified Employee Council, the Adams100 Committee and the HSI Advisory Committee. As a campus leader and diversity advocate, Jeff aims to inspire ASU students and staff by setting a positive example of equity and justice, and proudly supporting, promoting, and celebrating our diverse and unique San Luis Valley culture. 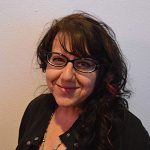 Mari Centeno, history professor at Adams State, earned a B.A. in political science at Purdue University and a Ph.D. in political science (International Relations) at Arizona State University. She specializes in the study of women’s mobilization in Latin America and heads the University’s Women’s and Gender Studies program. She has led both the Adams State LatinX Caucus and Women of Higher Education organization and serves as advisor for the internationally-award winning Model United Nations Team. She is a proud Latina mother, teacher, activist, and occasional scholar.

Anna Torello is an activity director in the Office of Title V initiatives at Adams State. She has formed a professional career with work that aligns with her passion for social justice and equity. She is highly motivated to work and advocate with her colleagues in the higher education community who embrace a commitment to implement strategic initiatives and practice aimed at cultivating a campus environment that values difference, sustains inclusion, and enhances institutional access and equity. She is a Colorado/San Luis Valley native and comes from the old farming legacies of agricultural employment and profound historical, religious, and cultural convergence that is reflected through art, food, and celebration in the region. Anna is a native of the San Luis Valley and a first-generation college graduate of Adams State University. She received her Bachelor of Science in Business Administration followed by a master’s in Higher Education Administrative Leadership. She is focused on leading Hispanic Serving Institutions, which are making a positive difference in the educational achievement of Latinx students in higher education.

Andréa Benton-Maestas is currently the Activity Director of Title V’s Promoting Post-baccalaureate Opportunities for Hispanic-Americans (PPOHA) Expanding Access grant at Adams State University. Before working in Title V she had invested 20 years with ASU; 8 years with Institutional Reporting and 12 years with Computing Services as a programmer for the payroll and student modules, as well as a trainer. In her current position, Andrea manages the initiatives outlined in the grant, which encompasses faculty development, curriculum revision and development, and establishing partnerships within Adams State’s service area to increase access for rural Colorado students to graduate educational opportunities. Andréa holds a M.A. in higher education administration and leadership (2012) from Adams State University; and a B.S. in mathematics (1993) from Colorado State University-Pueblo (Pueblo, CO). She is a San Luis Valley native. Most recently, Andréa was honored with the Colorado Governor’s Fellowship.

Andréa is married to Tony and they have two children, Bryan (Jodi) and Mianna (Stefan), and four grandchildren, Cammi, Raygan, Oakley, and Beau. They reside in Alamosa. 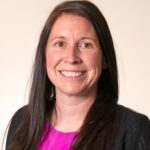 As the first person in her family to attend college, Jasmine is proud of the B.A. in Spanish degree she obtained from Fort Lewis College and her M.A. in Higher Education Administration degree she completed right here at Adams State University. Jasmine has been the director of the College Assistance Migrant Program since 2018 and serves as the 2020-21 CAMP Central Stream Representative for the National HEP/CAMP Association board. She is a mother of two, Lincoln and Milana, and they love spending time on the ASU campus where they learn that education is a lifelong endeavor. Her partner, “Campo”, is an educator as well, and together they are advocates for the underserved, from their children who are differently-abled, to the students they serve in their respective communities. Jasmine pushes for the social mobility of her students and their families, working towards a collective goal of inclusion, equity, and justice.